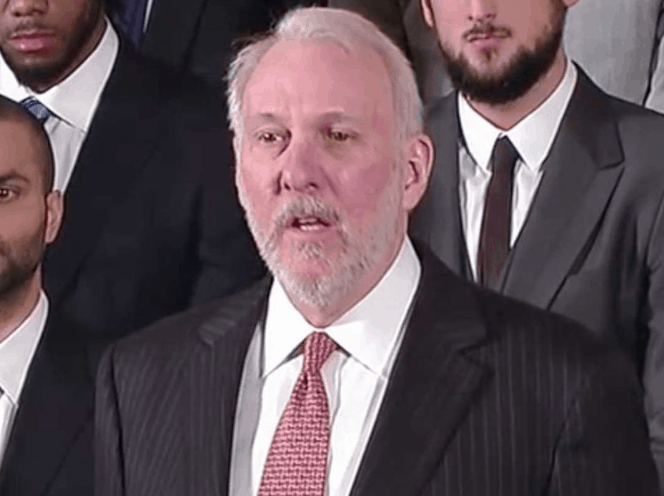 San Antonio Spur’s coach Gregg Popovich is known for being a really charitable guy. He’s given his time and money to work with organizations that help at-need communities in his hometown, donates to children’s charities, disaster relief efforts and is a big supporter of the Innocence Project, which helps to free wrongfully convicted inmates.

This weekend after a game, he was asked about why he thinks it’s so important to give back.

If you’ve ever heard Pop respond to questions from reporters, than it wouldn’t surprise you to know that he didn’t mince words, and even seemed to challenge fellow athletes and players.

Even if you’re not a millionaire athlete, if you’re reading this on a personal electronic device, there’s a good chance you are one of the wealthier individuals on the planet right now, and you may want heed to Pop’s advice: We don’t need it all, and other people need it.

Report: ISIS Is Down to Its Last 1,000 Fighters in Iraq and Syria