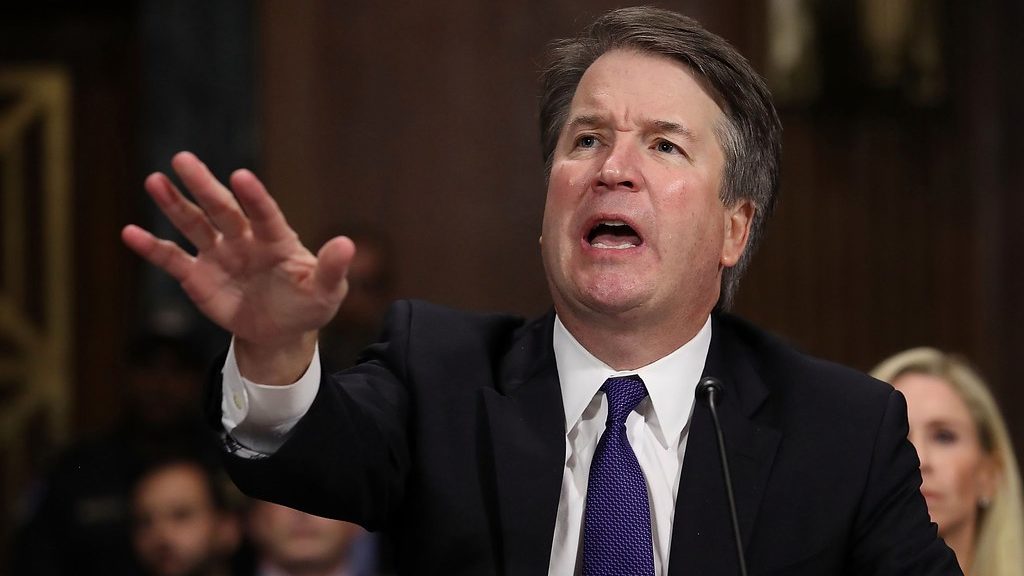 New York Times reporters Robin Pogrebin and Kate Kelly are publishing a new book about the chaotic journey of Brett Kavanaugh, whose nomination and subsequent confirmation to the Supreme Court was fraught with allegations of sexual misconduct and drunken behavior while Kavanaugh was in high school and college. Their investigation uncovered fresh corroboration of some of the details of accusations against Kavanaugh, as well as a brand new allegation.

While Kavanaugh’s infamous Senate hearing centered around the testimony of Christine Blasey Ford, new information reported in a New York Times piece centered around the story of Deborah Ramirez, who said Kavanaugh exposed himself to her while they were students at Yale University. Kavanaugh has vehemently denied any wrongdoing.

Pogrebin and Kelly wrote, “During his Senate testimony, Mr. Kavanaugh said that if the incident Ms. Ramirez described had occurred, it would have been ‘the talk of campus.’ Our reporting suggests that it was.” The writers found seven people who say they had heard about the story while they were students.

In addition, Pogrebin and Kelly uncovered allegations of another, similar incident in which Kavanaugh exposed himself to another classmate. A witness named Max Stier alerted the FBI and senators about this account during Kavanaugh’s confirmation process, according to two senators. Both Stier and the alleged victim declined to discuss the story publicly. The alleged victim’s friends say she does not recall the incident, according to the NYT.

Ramirez’s legal team say they gave 25 names to the FBI who may have had corroborating evidence, but the bureau did not contact any of them — though several of those individuals attempted to reach out to the FBI on their own. The Senate had imposed strict limits on the scope of the investigation into Kavanaugh’s past.

President Donald Trump took to Twitter to suggest Kavanaugh should start suing his accusers, presumably in response to the new report, suggesting that the accusations were part of a plot to sway Kavanaugh’s decisions on the Court. “False Accusations without recrimination. When does it stop? They are trying to influence his opinions,” Trump tweeted.

Greg Laurie on Why Johnny Cash Was an ‘Accessible Saint’