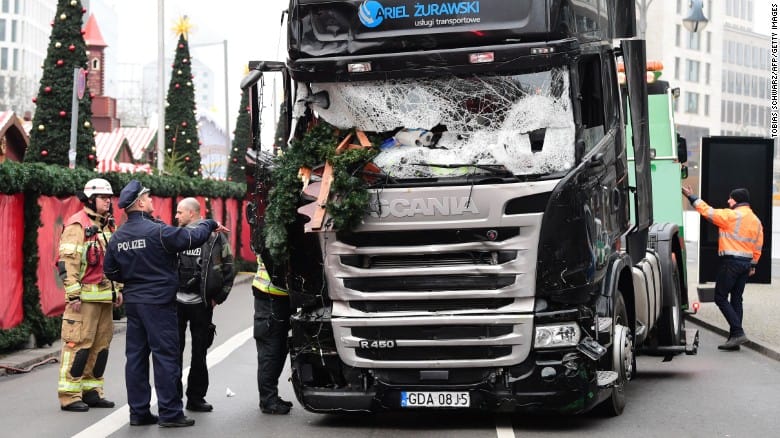 The manhunt for the Berlin attacker continues. Officials in Germany are looking for a 24-year-old Tunisia native suspected to have contact with the Islamist network (ISIL) claiming responsibility for the attack.

The new suspect left behind documents in the cab of the truck identifying him as Anis Amri. German authorities are offering a reward up to 100,000 Euros for his arrest.

Interior Minister Thomas de Maiziere confirmed in a statement, “This is a suspect, not necessarily the perpetrator. We are still investigating in all directions.” Investigators are not sure if there are more perpetrators at large. Ralf Jaeger, the interior minister of the state of North Rhine-Westphalia said authorities rejected the asylum application of the suspect in July and he was in the country under temporary residency.

Monday’s attack, where a truck was run into a Christmas market in Berlin, left 12 people dead and 48 injured. A wanted notice for Anis Amri was issued by the German federal prosecutor’s office this morning in connection to the attack. The notice also urged civilians to notify the police if they identified the suspect but not to put themselves in danger as he could be violent and armed.

German security officials believe the Tunisian suspect is linked to a recruitment network for ISIS operating in Germany lead by a 31-year-old Iraqi national known as Abu Walaa. He and four others were detained and charged under terrorism-related crimes in November.