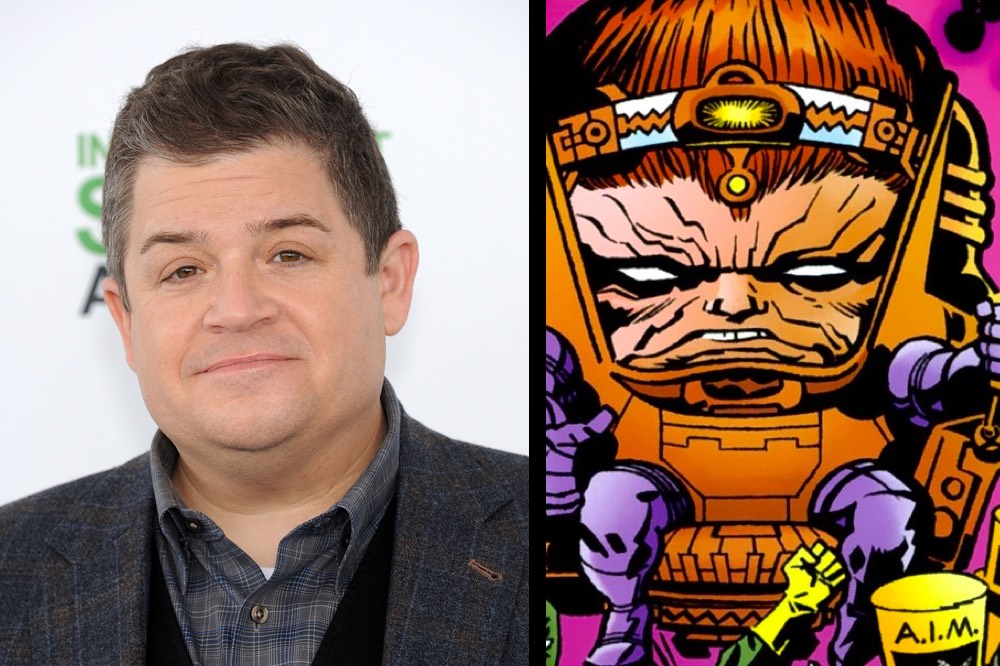 Patton Oswalt is a busy guy, but he always finds time for nerdy projects that scratch his bonafides an unapologetic sci-fi geek. The latest of these projects is a new Marvel series called MODOK, which Oswalt is helping write and executive produce. He will also lend his voice to the series, which promises to be an animated series “aimed at grownups”.

That was all announced a while ago. Now we know a little more about the rest of the voice cast and the general story, which will follow a notorious supervillain through the throes of the evilest fate of all: a midlife crisis.

Johnnyswim On Spending Their Quarantine With ‘Strangers’

In the comics, M.O.D.O.K. (Mental Organism Designed Only for Killing) is an ugly, big-headed bad guy who is the sometime-leader of an organization of tech-savvy ne’er-do-wells called AIM. But the character’s bizarreness lends itself to the sort of Archer/American Dad vives the show is clearly gunning for here. We’ll see how it pans out when it debuts on Hulu.

A New Conan the Barbarian Series Is Headed to Netflix