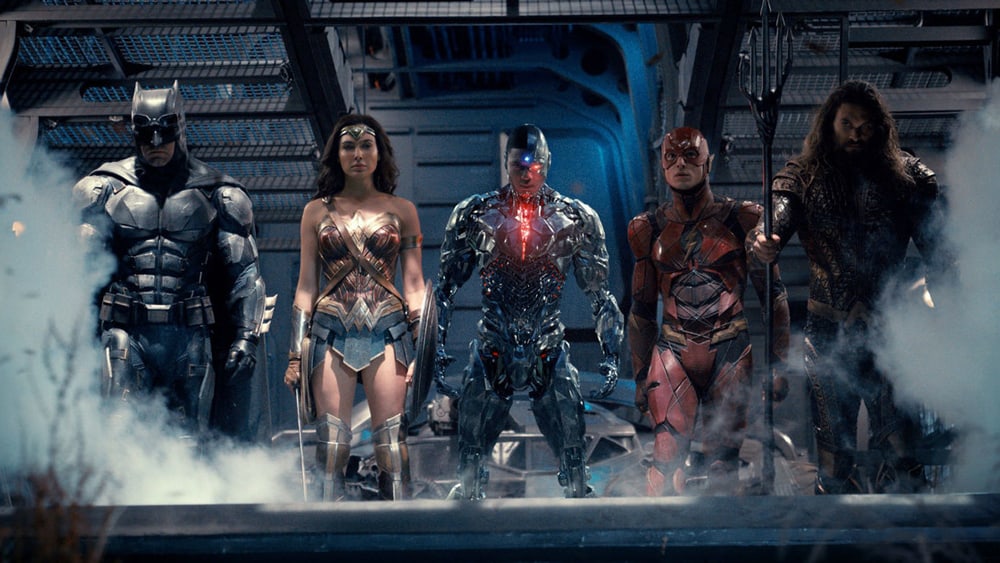 It’s hard to know how to feel about Justice League. On the one hand, Batman v Superman was big, loud, dumb bore that did very little to get people excited about any future installments in the DC Comics movie universe. On the other hand, Wonder Woman was a surprising treat that was as engaging and entertaining as BvS was bloated and dull (and the less said about Suicide Squad the better.)

But like it or not, Justice League is coming, and will unite Batman, Wonder Woman, Flash, Cyborg and Aquaman against a common threat (the studio’s trying to keep it a secret as to whether or not Superman will show up but …come on). Images of the movie are slowly rolling out and the most recent one gives us a look at the Flying Fox — the Justice League’s air transportation. As far as jets go, this one looks like it’ll do the trick, but a few fans noticed something a little odd about it. See if you can guess what.

Any ideas? Take a closer look.

Yup, Batman left his the last name of his top secret identity plastered across the side of his hardware, for all the world to take in. Now, admittedly, Batman could be showing off his new toy before he’s entirely done putting the finishing touches on it but even that begs the question: why would he put WAYNE on there in the first place?

DC Comics fans were quick to help the World’s Greatest Detective put a lid on this oversight.

“Hmmm I wonder how Batman got Bruce Wayne to make the Flying Fox?” ???

Well, the studio still has a couple of months to tinker around with the CGI. In any case, this is just concept art — not an actual still from the movie — so it’s possible the “WAYNE” name didn’t make it into the finished product. Or maybe Batman’s finally just gotten cocky enough to drop the whole secret identity thing. We’ll see when the movie drops in November.

We Must Speak Out: Christian Leaders on the White Nationalist Rally