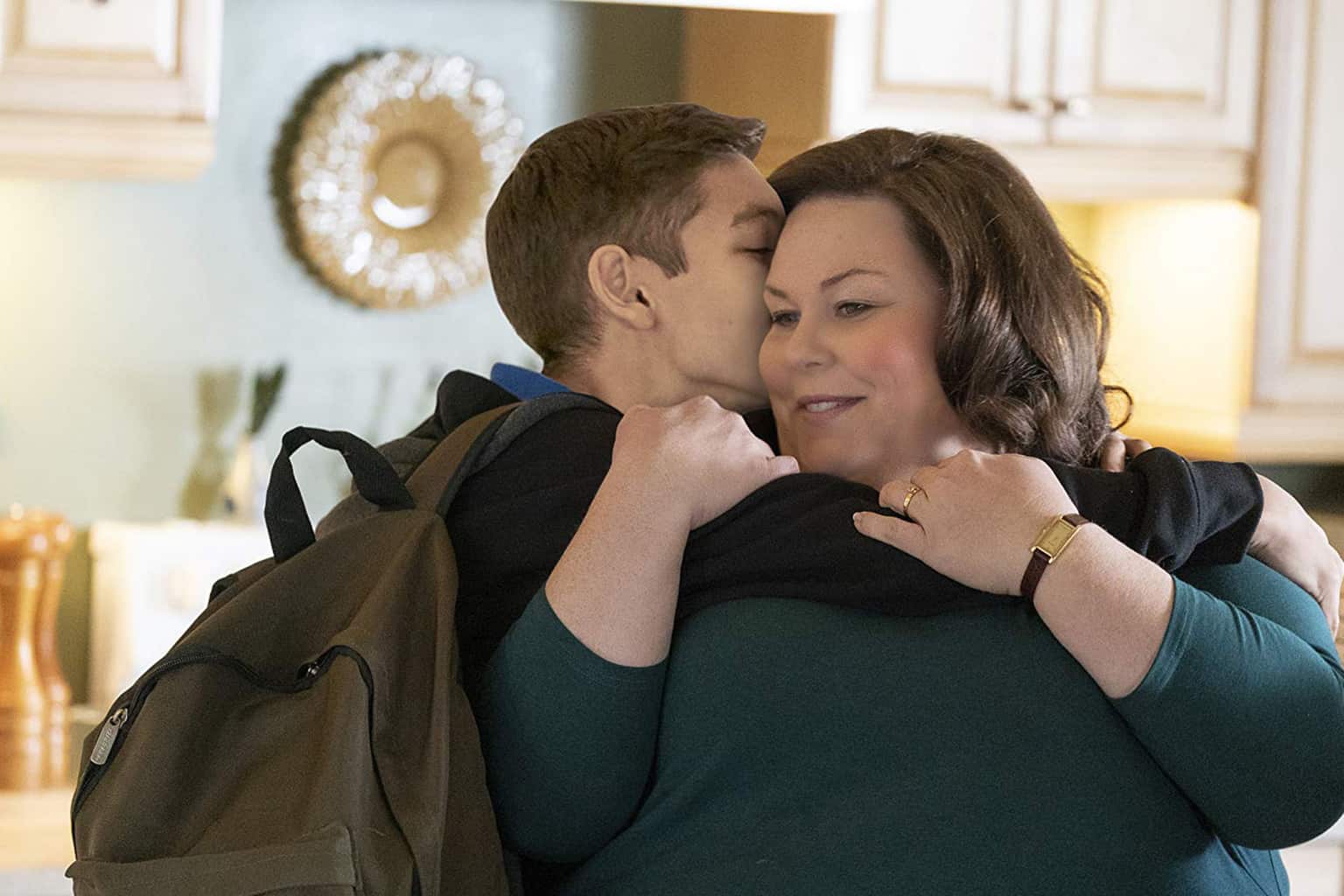 Breakthrough is bookended by two cringe-worthy moments, one typical of faith movies and one not. The first evokes the same type of cringe you feel when a youth pastor hops onstage and talks about how lit the service is going to be. The second evokes the cringe you feel when that youth pastor’s sermon falls back on “Jesus loves you” cliches instead of going anywhere deeper. That’s Breakthrough in short: a lame youth-group meeting.

This is one of those “based on a true miracle” Christian movies. Chrissy Metz (This Is Us) plays Joyce Smith, the mother of a boy whose heart stops after he falls through a frozen lake. Joyce prays for God to bring her son back to life, and God seemingly revives the boy into a coma before he makes a miraculous full recovery. Along the way, scientists, doctors and critics question the power of Joyce’s prayers, but she’s steadfast in taking her son’s fight to the Lord.

It’s an in-or-out premise, one that will bar skeptics from the theater while embracing believers with open arms. Most miracle movies are like that, but at least Breakthrough brings talent for those who do show up. Topher Grace (BlacKkKlansman) is a new-wave pastor who clashes with Joyce, Mike Colter (Luke Cage) is an atheist emergency responder adjacent to the boy’s accident and Dennis Haysbert (24) is a brow-raising doctor who just can’t believe all this is happening. Josh Lucas (Sweet Home Alabama) is Joyce’s downtrodden husband, Brian, and Marcel Ruiz John, the kid who falls through the ice. He spends most of the movie in a hospital bed, but he has a couple basketball scenes, too.

The cast gives Breakthrough some much-needed cultural relevance, but everything else in the movie is dated in the way only an out-of-touch faith flick can be. The movie begins with “Uptown Funk” as playing from John’s phone, a pretty lamestream music pick for a teenage basketball star. It’s your first groan-inducing moment. Breakthrough is trying to be cool.

The squirmy moments don’t end there. An early basketball scene is soundtracked to Macklemore’s washed-up 2011 hit “Can’t Hold Us,” and the whole movie is pockmarked with forced dialogue about the Golden State Warriors (the team’s star, Steph Curry, is an executive producer for Breakthrough). It’s just plain weird. At one point John and his dad have an extended talk about Curry’s box score from the night before.

Mercifully (in a sense), the pop-culture references stop when Breakthrough enters the heart of its story and John falls into the lake and returns to life after Joyce’s prayer. It’s not as simple as all that—John’s in a coma for a while—but the movie does view the incident with a disappointing lack of nuance. From the outset, Joyce is firm in her belief that prayer can save her son, and the movie does the aggravating Christian-movie trope of positioning her at odds with the “so-called experts” at the hospital who state, over and over, that science has no solution or answer for what she’s doing. Breakthrough isn’t anti-medicine or anti-science per se, but it doesn’t combine those things with Joyce’s prayer. At the end of the day, every skeptic in this movie exists to be converted, not to be in conversation.

That’s the main issue here: Joyce’s faith is never challenged in this movie, and for a story about a mother’s son hovering on the brink of death for almost a week, that’s emotionally shallow and thematically boring. Where are the inevitable questions that would arise out of this circumstance for even the most staunch believer? Where’s the pain? Where are the moments of doubt? There are tons of opportunities for honest faith conversations here. Breakthrough flat-out ignores all of them.

Breakthrough instead just wants you to admire Joyce’s faith. It’s admirable, but only in a superheroic sense. Joyce is the Captain Marvel of prayer warriors in both an aspirational sense and an inhuman sense. Josh Lucas might be more defeated as her husband, but at least his position is understandable.

What’s worse, the closing minutes of Breakthrough cram in some half-hearted attempts at complexity. When John recovers (yeah, okay, spoiler alert or whatever), he’s faced with some challengers who ask why God saved him instead of, say, their family member. It’s a totally fair line of questioning, and it freezes John until he goes up in front of his church and says “I don’t know why God saved me, but I’ll do the best I can to make my life worth it.” It’s not satisfying at all. A teenager might not be expected to say much else, but a Christian movie should say a lot, lot more. This is the second cringe moment. By taking the easy way out, Breakthrough appears uninformed and shallow. How do you trust a Christian movie that can’t defend itself?

Breakthrough operates on a cultural deficit at two different levels. First, and more predictably, it lacks a level of timely engagement. It’s definition of cool is somewhere back in 2014, so no matter who you are, it feels like it’s for someone else.

Second, and more critically, Breakthrough refuses to engage with challenges to its own story. By shunting themes of doubt and skirting questions about the nature of divine intervention and God’s will, the movie hits more like a half-researched sermon than a genuine dialogue about faith.

All throughout the grueling two-hour runtime, Joyce talks about how her son’s a fighter. Does that mean Breakthrough thinks all the people who don’t survive tragedies aren’t fighters? Of course not, but the implication is there, and it can only exist because of the movie’s uncomfortable, frustrating silence.