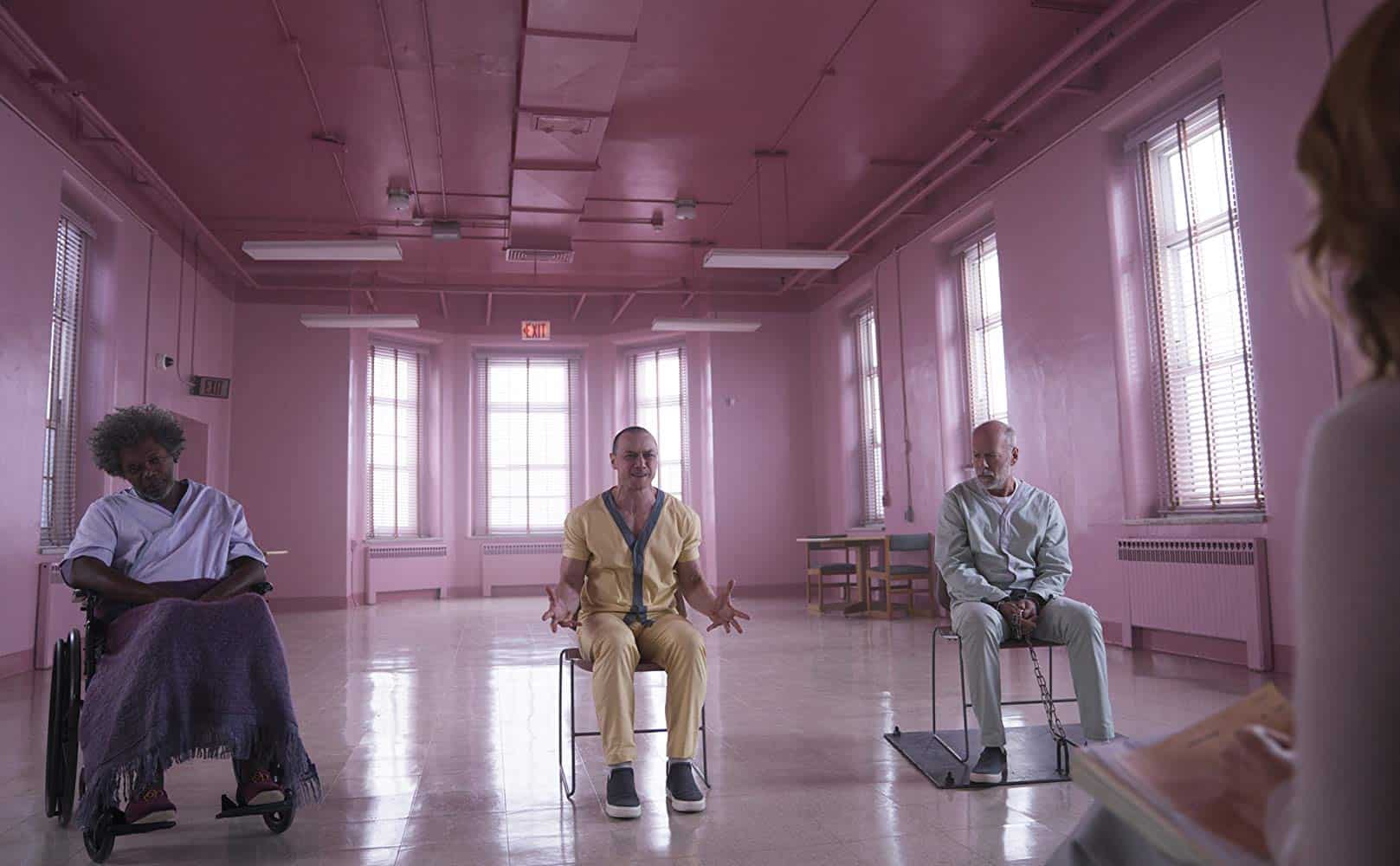 One of the most fundamental misunderstandings about superhero movies, especially in the wake of Marvel’s unprecedented success, is that they’re a sure thing. The MCU has inspired every studio to begin building a universe. Warner Brothers turned King Kong and Godzilla into MonsterVerse. Universal Studios tried (and failed, spectacularly) to launch Dark Universe around The Mummy and the now-postponed Bride of Frankenstein. DC, of course, is sputtering along with its own world of costumed heroes. None of these have replicated Marvel’s consistency, but dang if Hollywood executives aren’t going to keep trying.

Glass, the latest movie from a rejuvenated M. Night Shyamalan (Sixth Sense and Split, famously; The Happening and Lady In the Water, infamously), is the surprise sequel to 2000’s Unbreakable and 2017’s Split. Beyond completing the unexpected trilogy, Glass endeavors to launch a new cinematic universe of its own, one populated with uber-gifted heroes like Bruce Willis’ super strong David Dunn, James McAvoy’s mentally fragmented Horde and Samuel L. Jackson’s brilliant Mr. Glass. It’s a great concept, rooted in both Unbreakable’s groundedness and Split’s gonzo thrills.

Before the “but,” the players of Glass deserve your respect. McAvoy is still working it in his many roles within the Horde, and Willis and Jackson bring savvy to performances they haven’t given in almost two decades. Sarah Paulson has an underwritten part as the researcher studying the three extraordinary men, but she lifts it over her head. Everyone here is watchable; they just prove overqualified.

Because despite its comeback-kid director and exciting cast, Glass is a letdown in almost every sense. It has definite enthusiasm for subverting the superhero genre, but the choices it makes in that regard are fussy and over-explained. Shyamalan has tricks in store, but he very literally comments on them as they reveal themselves, and it spoils the mood. Glass doesn’t include the line, “see what I did there?” but it sure comes close.

There are a few ways to undermine audience expectations and deliver something fresh. One is to follow an established recipe but add a few unexpected ingredients, like how Black Panther upgraded the classic superhero storyline with visual flair, above-average performances and an undercurrent of social issues that added density, boldness and richness to the overall product.

A second way is to improvise entirely apart from the recipe. The Incredibles and Kick-A** are both superhero movies in the sense that a gyro and an Egg McMuffin are both sandwiches. Glass wants to improvise through a similar effortful creativity, but it just doesn’t bring the delicacy to make anything special.

There are positive notes in Glass, like the raw presentation of everyone’s superpowers and Shyamalan’s under-appreciated stylistic touches, but in other ways, the attempts at inventiveness end up diminishing the basic superhero elements at the root of this story. The action scenes are plodding and uncreative, the good vs. evil setup is unbalanced and when the movie reaches its climactic final battle, the requisite villainous monologues and heroic poses somehow fail to inspire. It’s hard to imagine a superhero movie not invoking any sort of iconography, but Glass can’t muster anything memorable.

Again, it proves superhero stories are not a sure thing, because Glass’ failures all hinge on its ultimate ambitions; it cares more about laying out the pieces for a cinematic universe than telling a good story on its own. That leaves the movie feeling unsatisfying as either an escapist romp or a contemplative thinker. There’s no world here to escape to, just the promise of one to come, and the only thing you’re given to think about is “what’s next?” Nothing’s here to chew on.

The serialization of the MCU might bother moviegoers who want, you know, movies instead of TV episodes, but it’s still to Marvel’s immense credit that most of those movies remain great one-off experiences despite their place in the series. Captain America’s movies create a nice trilogy on their own, but also three varying individual pieces. Iron Man is a good bottled-up story from 2008, and despite that hero’s overbearing presence in Spider-Man: Homecoming, the latter is still a dang good teen flick. Marvel had a far-reaching vision, but it never neglected the short term. Adversely, Glass’ ambitions come at the expense of itself. That’s why it feels lopsided and forced.

The graveyard of cinematic universes is full of bodies. If the Shyamalaniverse doesn’t take off, it will find a spot somewhere between Universal’s “postponed” Dark Universe and DC’s joyless Justice League efforts (Batman v. Superman: Dawn of the Worst Movie of the Decade has the biggest plot in this cemetery). Jury’s still out on Warner Bros.’ MonsterVerse, which has put out a couple better-than-expected movies in Godzilla and Kong: Skull Island, but lacks the ubiquity of something like Marvel. Most people don’t even know the MonsterVerse is a thing yet.

Bottom line: Universes need to be sustained by good movies. Great ideas earn you a chance but ticket sales and acclaim bring you the resources to actually make it happen. It’s hard to see Glass becoming something greater because it doesn’t offer anything to be excited about. It takes a miracle to make a universe. This movie’s imagination isn’t enough.