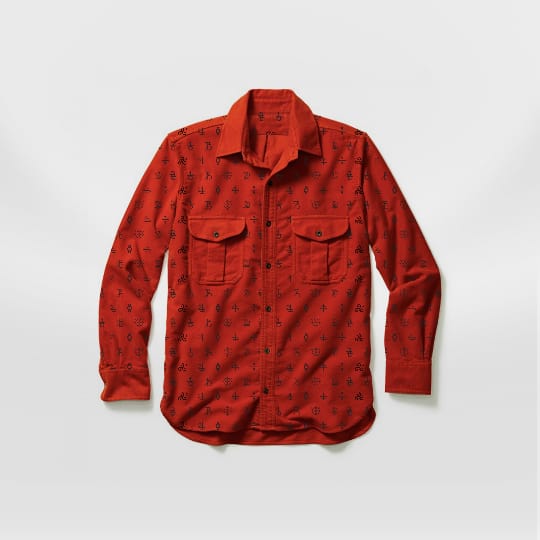 Along with the release of Bon Iver’s new album 22, A Million, the singer-songwriter has also put out a new piece of merchandise: a flannel button-down shirt.

Yep. It looks like Bon Iver has out-Bon Iver’d himself.

Perhaps, the obvious choice would be to put out another vintage styled band t-shirt, but since this album is anything but obvious, it really only makes sense that man behind the band, Justin Vernon, would manufacture a flannel covered in the album’s hieroglyphics.

How much is the red button-down? The garment could be all yours for a whopping $75. Say what you will about the almost $80 flannel, but the guy sure does know his demographic.

And why stop at shirts? Back in September, Justin Vernon made it pretty clear he wasn’t about selling out. But should he change his mind, we think the Grammy-award winner could have an entire Bon Iver-esque lifestyle line.

We’re thinking hand-carved Wisconsin wood whittled pipes, a candle that doubles as a whiskey glass (they exist), who knows what’s next for him.

All jokes aside, we are grateful for an artist who pays attention to the details and puts so much thought in everything he creates.