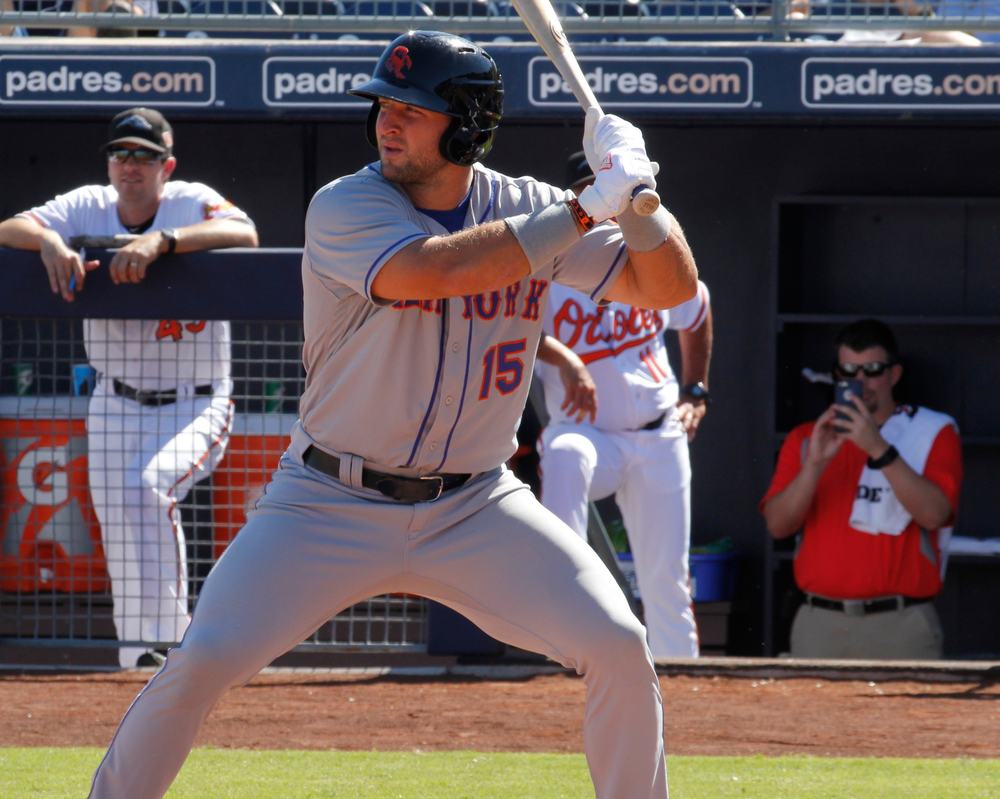 Every time Tebow went up to bat, the stadium would play the “Hallelujah Chorus.” Their mascot, Charlie, would “Tebow”—the way Tebow would during his Florida Gator days. Charlie also wore an eyeblack that said “John 3:16” on it. Even when it came to player introductions, every player who wasn’t Tebow was shown with a graphic that said “Not Tim Tebow.”

Many people said the RiverDogs took it too far, calling it “classless” and a mockery of Tebow’s outward Christianity.

The Mets general manager Sandy Alderson told Newsday that he also didn’t approve of the team’s antics, saying, “I guess my comment would be that it was all very minor league.”

And now the team is apologizing.

Dave Echols, the team’s president and general manager, released a statement to the Post and Courier earlier this week:

While we believe that our promotions were poking fun at Mr. Tebow’s celebrity status rather than his religion or baseball career, our intent was not to offend anyone, and for the fact that we did offend, we are sorry. Of the many promotional pieces that we executed, there were a handful on Friday’s game that some construed as in poor taste, and we made it a focus to remove those elements and celebrate Mr. Tebow the remainder of his time in Charleston.

How Do You Know When You’re Ready to Get Married?