In 2019, 19 of Facebook’s top 20 pages for American Christians were run by Eastern European troll farms overseas, internal documents leaked to MIT Technology Review reveal. The data shows the vast spread of Facebook misinformation is largely powered by coordinated efforts among foreign professionals working together to spread provocative content in the U.S.

These groups, based largely in Kosovo and Macedonia, have been particularly successful when it comes to targeting American Christians. Though they split their efforts among multiple pages, they were mostly operated by the same groups. Collectively, their Christian Facebook pages reach about 75 million users a month — an audience 20 times the size of the next largest Christian Facebook page. 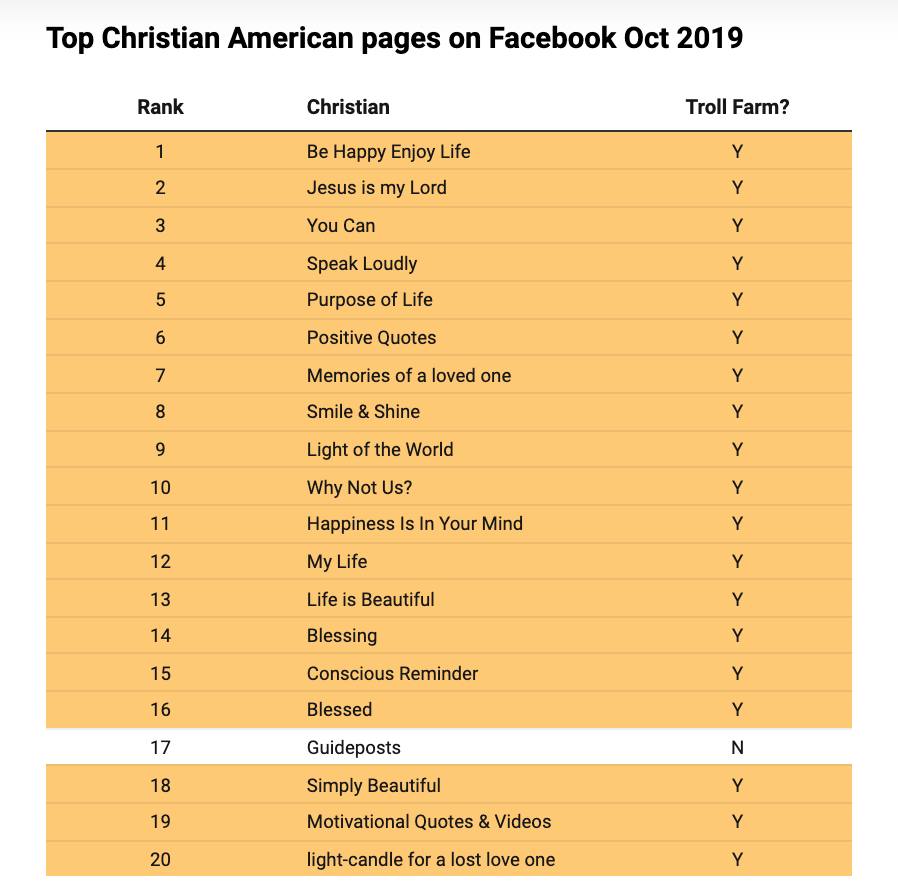 For the most part, the people who saw and engaged with these posts didn’t actually “like” the pages they’re coming from. Facebook’s engagement-hungry algorithm simply shipped them what it “thought” they want to see. Internal studies revealed that divisive posts are more likely to reach a big audience, and troll farms use that to their advantage, spreading provocative misinformation that generates a bigger response to spread their online reach.

The Facebook study was conducted in the lead up to the 2020 U.S. presidential election, and found that these troll farms were targeting the same audience that Russia attempted to manipulate in 2016 with their own Facebook misinformation campaign. Though Facebook was aware of the troll farms and their manipulation of Americans in 2016, they did little to address the issue.

“Our platform has given the largest voice in the Christian American community to a handful of bad actors, who, based on their media production practices, have never been to church,” wrote the report’s author, Jeff Allen, who used to be a senior-level data scientist at Facebook.

Shame Doesn’t Have the Final Say In Your Life

It’s difficult to calculate the amount of influence such Facebook pages are exercising over American Christianity, but it certainly seems like it would be having some sort of impact. Christian pastors have congregations in their pews, at best, one morning a week. Facebook is in their pocket all day long, shaping their theology for its own ends. And, of course, there’s no telling how many Christian pastors themselves are engaging with bad faith Christian content from troll farms as well.

It’s tough to know how widespread the problem they document remains now, two years after the report, but given the lack of serious public attempts to quell such behavior, it’s safe to assume that it persists on at least some level.

“This is not normal. This is not healthy,” Allen continued. “We have empowered inauthentic actors to accumulate huge followings for largely unknown purposes.”

Dr. Derwin Gray: “Prayer is the Secret Place Where We Find God”

Jesus is the Main Character in a New Simulation Game