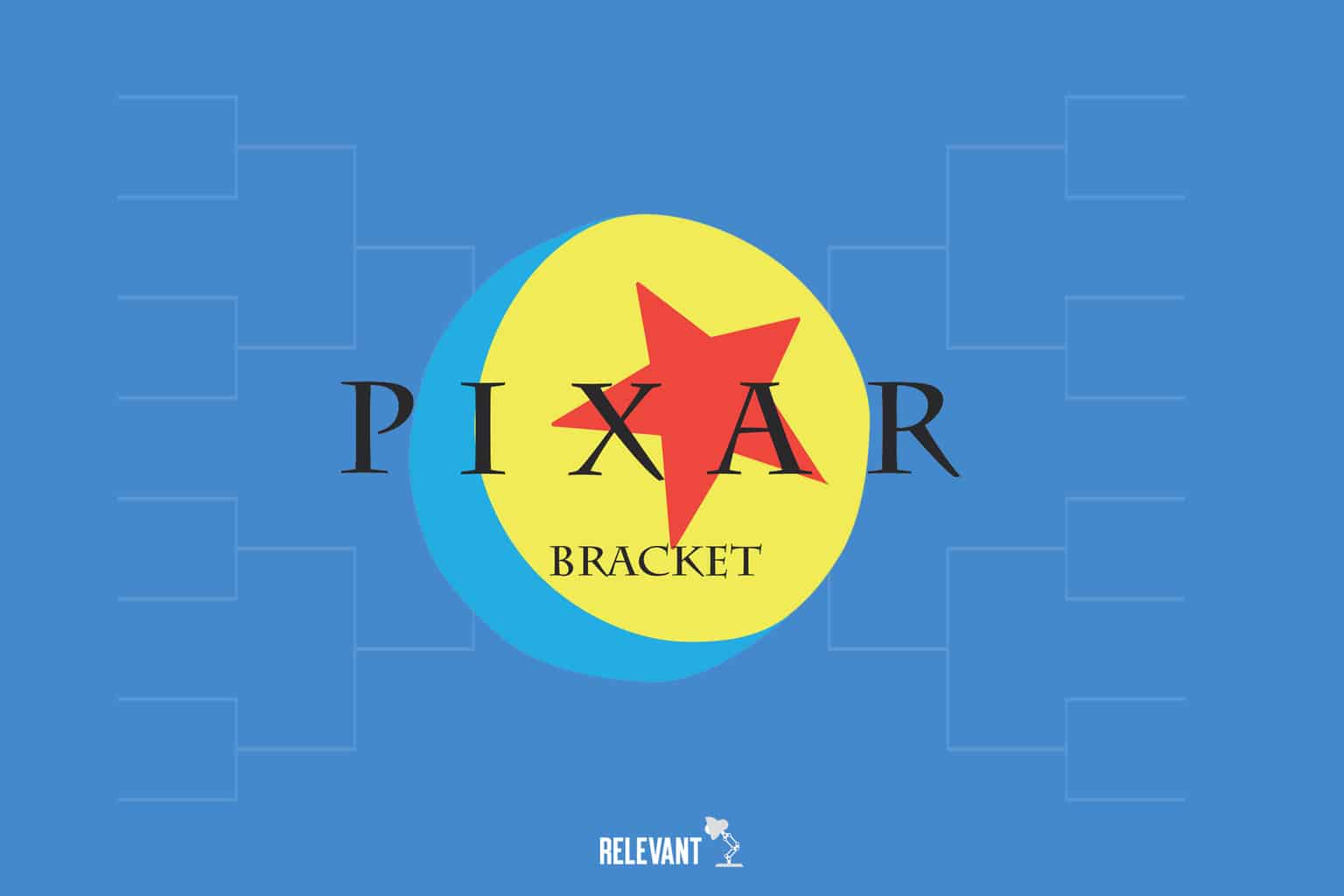 The RELEVANT Pixar Bracket: The Championship

For the final round, the writers engaged in a three-round debate based on character, one great scene and overall themes. This one was for all the marbles. Judge Jon chose the winner.

Inside Out  VS.  WALL-E
Josh Pease  vs.  Abby Olcese

ROUND ONE: Character vs. Character

Olcese: I’m ride or die for WALL-E. In his TED talk on storytelling, Andrew Stanton says WALL-E’s goal is to “find the wonder.” The film’s goal is to make us recognize the beauty and possibility all around us. Everything about WALL-E’s look, voice and mannerisms carries that message across perfectly.

Pease: Wall-E is great, but wonderment has been done before. Sadness, in contrast, is a revelation. The reveal that Sadness is the crucial linchpin for human connection is as profound as Pixar has ever been. Imagine a world where we imitate how she sits next to Bing-Bong after he loses his rocket and says “It’s sad …” How much better would our culture be?

Olcese: Ultimately, my feeling (heh) is that Inside Out excels conceptually, but WALL-E is all about story. As a concept, Sadness is great. As a character, she’s often unhelpful, much like the way we think of sadness itself. In a grand tradition of storytelling, our robot friend makes a better protagonist.

Olcese: Joy has a lot of work to do. Sadness, too. But WALL-E functions as a character the way Charlie Chaplin or Buster Keaton might—creating conflict that moves the plot and instigates the emotions (humor, loneliness, etc.) the movie wants us to feel. It’s a different model, but nonetheless effective.

Pease: That’s a really strong point, and I generally agree. What we’re really debating is characters playing different roles. WALL-E is a great “everyman,” but I’d argue that while he’s a great Keaton or Chaplin, Sadness is both a good character AND a transcendent concept.

JUDGE JON: So far, neck and neck. Abby’s point about Sadness being unhelpful really landed, but so did Josh’s point that WALL-E has a weaker story arc.

ROUND TWO: Scene vs. Scene

Pease: This scene, when Riley’s parents look at each other after their daughter says, “I know you want me to be happy, but I want to go home” and “please don’t be mad”…it’s incredible. They just understand. Man, how many families would move toward healing if they’d all, just for one second, cry together?

Olcese: I love our introduction to WALL-E’s home. It’s a perfect encapsulation of the movie’s themes of wonder and curiosity. It’s cute, sure, but it also shows how repurposing and rediscovery can drive creativity instead of a mindless, wasteful reach for something new.

Pease: But my scene has wonderment, empathy and the reveal of why Sadness matters. And it ties off the arc of Joy, Sadness, Riley and Riley’s parents. And it makes me cry. WALL-E earns points for wonderment, but loses points for being limited to that wonderment.

Olcese: I think we start to understand Sadness’ role earlier on in Inside Out, though—that scene is just the result of her journey. I start crying from moment one in that movie. WALL-E’s a tearjerker for me, too. Granted, not this specific scene, but it does contain emotion, especially in revealing WALL-E’s loneliness.

Pease: But Sadness is the catalyst for empathy and connection. I really like your scene, and think it’s really well done, but it’s also less ambitious, and less profound. I said it already but I think it’s worth repeating: this Inside Out scene concludes multiple arcs effectively. Wall-E doesn’t even have multiple character arcs to begin with.

Olcese: It’s ambitious in a different way—less conceptual, more visual. Inside Out makes us feel by playing our emotions the way Joy and her compatriots play their booth, but WALL-E comes by those emotions organically through scenes like this one. They look so stunning, but contain such simple ideas.

JUDGE JON: Josh was on FULL BLAST this round. Abby put up a tough fight, but she was on the defensive, and her last-minute Hail Mary about Inside Out playing with our emotions just wasn’t enough (and a bit too last-minute) to save her. Josh is narrowly in the lead. This is it.

ROUND THREE: Theme vs. Theme

Olcese: WALL-E may seem like an environmental parable, but really it’s about the resilience of hope, creativity and wonder in settings designed to squash it. WALL-E reminds us to search for the divine spark in all things, to preserve it, and to pass our wonder at it on to others.

Pease: But Inside Out knows that what really crushes the divine spark is our human tendency to shut down our hearts, and the hearts of others. St. Irenaeus once said “the glory of God is man, fully alive.” Inside Out’s insight is that being fully alive means feeling the full range of human emotion.

Olcese: Where does that shutdown come from? The more we use easy fixes and empty technology, the easier it becomes. WALL-E isn’t limited to themes of wonderment. It includes themes of redemption. From the robots to the humans, we see no matter how broken things may seem, they can be healed.

Pease: But that’s secondary to why we avoid those feelings in the first place! WALL-E could be what happens when a world of Rileys, unable to connect, lose themselves in technology and waste, but we never see that. The humans in WALL-E are one dimensional to a fault, and while WALL-E himself is great, he’s hardly an avatar for the human experience.

Olcese: This may sound cynical, but I think we’re already headed toward that unconnected experience, and WALL-E agrees. WALL-E addresses systemic issues in ways ways Inside Out doesn’t, suggesting our cycles of behavior will lead to nasty places unless we can re-engage. And how? With shared experiences of joy and excitement!

JUDGE JON: This was a straight up parry. I don’t think anyone really had the advantage here because the two arguments are external vs. internal, but neither of Abby or Josh went to full lengths to explain why their movie is better than the other. And that’s HARD to begin with, anyway. But okay, I’ve made my decision…