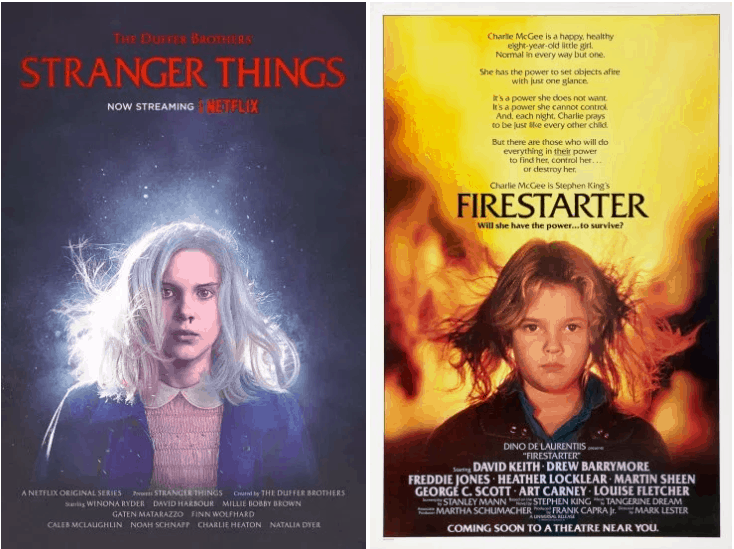 Never let it be said that Stranger Things doesn’t know its brand. The show has made it clear that it’s pretty unapologetic about its influences, from Stand By Me to It to, well, the bulk of Stephen King’s ’80s output.

And its new marketing for the desperately anticipated season two leans even harder into the analog video game/geek horror culture of the Reagan years that made season one such a delightful smash hit. Below are the Stranger Things posters, alongside the classic films they’re cribbing from.

We’ll see if Stranger Things can keep the streak alive or if things go upside down in just a few weeks, on (where else?) Netflix.

6 Films to Watch on Netflix This Weekend