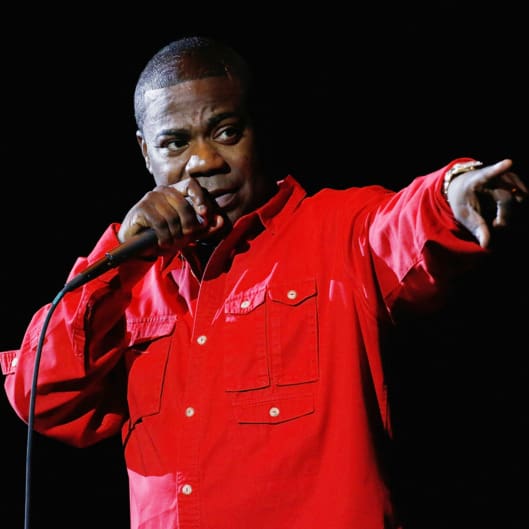 Saturday night, comedian Tracy Morgan performed a special show in New Brunswick’s State Theatre. This show was special because the theater is just two miles away from the hospital where the former SNL and 30 Rock star received treatment after his nearly fatal accident almost two years ago. The audience, according to PEOPLE, was full of the doctors and nurses who took care of Morgan at the Robert Wood Johnson University Hospital. In large part, the show was for them. And, in addition, Morgan donated all of the show’s proceeds back to the hospital. He told PEOPLE:

Last night was one of the most special nights of my life. To be standing on stage with the people that saved my life in the audience was an overwhelming experience. I will never fully be able to thank the doctors, nurses, first responders and everyone else that got me back on that stage enough.

These people are heroes and I love them all from the bottom of my heart. The only good thing that happened on that horrible night was that I was close to Robert Wood Johnson Hospital when the accident happened. God Bless them all.

Can Andrew WK Save American Politics?