A lot of TV is dark these days. Some of television’s most celebrated shows over the past 10 years have taken us deep into the shadiest, seediest—and sometimes scariest—areas of our world, fantasies, and the human psyche. And you know what? Apparently, we love it.

We are hooked on shows like Mad Men, Breaking Bad, The Wire, Dexter, Game of Thrones, Weeds, American Horror Story, The Sopranos, True Blood and House of Cards, just to name a few.

Network and Cable TV is entering a mini golden era in which solid writing, high production value and A-list actors have combined to produce top-quality shows that we can’t seem to devour fast enough.

Of course, for some people, these shows are just a bit too dark. But for the rest of us who tune in to these series weekly (or binge watch them via Netflix), what draws us to these stories? And what keeps us coming back? Is it that we have a sick fascination with watching the underbelly of society live out our own secret desires? Or is it that we waiting for redemptive resolution that affirms our understanding of right and wrong?

To answer that question, we must first consider the anti-hero.

The “anti-hero” (also known as the flawed hero) is a common character archetype for the antagonist that has been around since the comedies and tragedies of Greek theater. Unlike the traditional hero who is morally upright and steadfast, the anti-hero usually has a flawed moral character. The moral compromises he or she makes can often be seen as the unpleasant means to an appropriately desired end—such as breaking a finger to get answers—whatever it takes for the protagonist to come to justice. Other times, however, the moral flaws are simply moral flaws, like alcoholism, infidelity, or an uncontrollable and violent temper.

At different points in history, the culture-at-large has preferred stories featuring anti-heroes over those with traditional heroes, and vice versa.

For example, consider the popular Hollywood films and genres from the mid-1940s through the 1970s. Film Noir, Westerns, Outlaw Biker Films, Cop Dramas, Mob Films and Sci-Fi Films have featured anti-heroes who have become some of the most iconic movie characters of all time, such as:

So, what was the historical context that served as the backdrop for these films and characters? In the mid-1940s, U.S. soldiers came back from WWII after witnessing unspeakable atrocities. Then of course there was the Korean War, the Vietnam War, student protests, two Kennedy assassinations, the Civil Rights movement,Watergate, the Cold War, and the Carter-era oil crisis, among others. Not only did we see some of the worst acts in human history committed during this time, but many of our fathers and mothers experienced it firsthand and took part in their own questionable behavior. Endless cultural progress was Modernism’s empty promise, and it resulted in a deep-seated mistrust of the establishment, including it’s boundaries between right and wrong.

The world included far more shades of gray, and the characters on the silver screen needed to reflect a broader view of morally acceptable behavior. Traditional heroes were  just far too un-relatable.

So what about our lineup of dark TV shows today? I think it’s safe to say that we have more than our far share of flawed heroes. From Walter White (Bryan Cranston) to Dexter Morgan (Michael C. Hall), Nancy Botwin (Mary-Louise Parker) to Don Draper, Francis Underwood (Kevin Spacey) to Tyrion Lannister (Peter Dinklage), and pretty much everyone in Shameless.

If we consider the 21st century so far—9/11 terrorist attacks, the Iraq War, Enron, Hurricane Katrina, the economic recession, Hurricane Sandy, the Newtown shootings, the Boston Marathon attacks—there’s been a steady stream of terrible events to shake our faith in humanity. The promise of hard work resulting in economic prosperity and a stable future is no longer trustworthy.

Characters who shine as morally pure and upright don’t ring true to us anymore, because it’s not who we see around us in the world. Neither is it what we see when we look in the mirror. Brokenness is a part of humanity, and we can more easily relate to the choices that a character makes on a TV show if they are broken too. After all, a believable and relatable character is one of the single-most important elements of an enjoyable story.

But is this really what’s behind our love of these stories? Are we tuning in just to see a weekly reflection of our own brokenness?  I don’t think so. I think against the depressing backdrop of history, amidst the disappointing reality of our mediocre lives and flawed humanity, we long to see truth.

I think we tune in week after week in the hope of seeing our cast of characters eventually turn it around through some kind of redemptive act. Whether it’s to see them make better choices, slowly improve over time, or lay down their lives so that someone else might live, redemption is a powerful and resonating piece of storytelling.

Or, maybe we watch because there is truth, no matter how painful, in the natural and just consequences to a slippery slope of bad choices.

Redemption or consequence? One way or the other, I don’t think we really want to see evil succeed. Why? Because we see ourselves in the anti-hero. And we don’t want to be spectators to our own downward spiral of demise. We want to see truth prevail and love conquer hate. Seeing this affirms the deep sense of justice that all of us have in our hearts. Evil will not go unpunished, and no one is too far gone out of redemption’s reach.

Perhaps it’s the darkness that reels us in, because we relate to the darkness. But even so, we hope for the light.

Jonathan is a digital marketer in the Christian publishing industry. A pop-culture enthusiast, he's always up for a conversation about TV, film, books and music. Follow him on Twitter @JonathanMichael, or visit his blog: jodamic.tumblr.com. 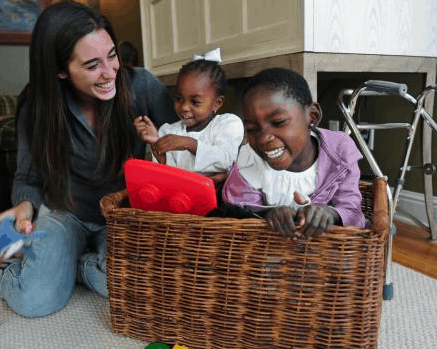 Anyone Lose This Massive, Floating Head?