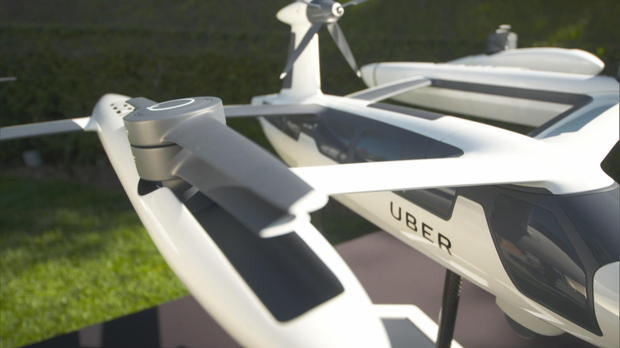 Uber announced some time ago that they wanted to take the shared ride concept into the air—apparently by 2020.

This morning, CEO Dara Khosrowshahi told CBS This Morning the flying taxis would have a human pilot initially, then eventually transition to being autonomous. Passengers would request an Uber Air on their phone like they do for cars now, but then they would go to a nearby rooftop port where the helicopter like aircraft would be waiting for them. The first cities to have Uber Air will be Dallas and Los Angeles.

“We want to create the network around those vehicles so that regular people can take these taxis in the air for longer distances when they want to avoid traffic at affordable prices,” Khosrowshahi said.

Uber’s chief product officer, Jeff Holden, has previously said Uber wants the program to be affordable. The vehicles would be like helicopters but run on electricity, which makes them smaller, more efficient and more affordable.

“One of the key tenets of this technology is for us to have four riders in each vehicle. So, essentially, the cost per ride goes down,” Holden told CBS News. “The combination of mass market and sharing, which is really what Uber is all about, can bring this to the masses, can make it affordable for normal people.”

Uber is still working to repair its image following a self-driving car crash that killed a pedestrian and the sexual harassment claims that rang throughout the company, leading the previous CEO to resign.