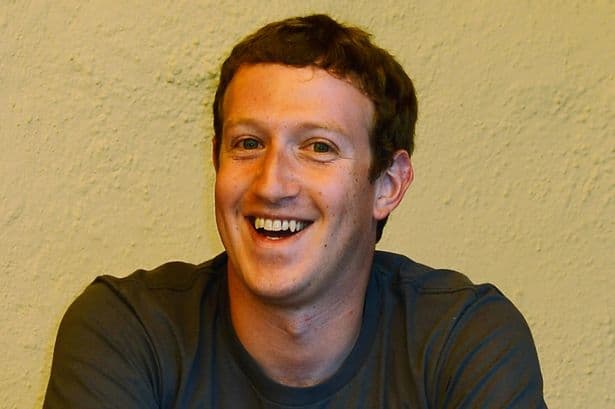 Listen, we’ve all heard stories of young tech billionaires and their penchant for exotic toys and their strange, crazy lifestyles. (That was basically the entire premise of the James Franco/Bryan Cranston comedy Why Him?, and who didn’t see that movie?)

But, this story is a little unsettling.

Twitter CEO Jack Dorsey told Rolling Stone about a time he had dinner with Facebook’s Mark Zuckerberg. Just two young successful dudes hanging out over some ‘za, right? Wrong. This evening involved eating a goat that Zuckerberg killed with a laser gun.

Back in 2011, Zuckerberg made the vow that for one year, he would only eat meat from animals he personally had killed. This sounds like the behavior of a super villain, but Zuck said it was part of a process in which he could better understand where food comes from so he wouldn’t take it for granted.

Anyway, Dorsey told RS: “He made goat for me for dinner. He killed the goat.” Dorsey was asked if he personally witnessed the killing. His response: “No. He killed it before. I guess he kills it. He kills it with a laser gun and then the knife. Then they send it to the butcher.”

A knife and a laser gun?! Rolling Stone obviously asked for more details, and Dorsey seemed to backtrack a bit: “I don’t know. A stun gun. They stun it, and then he knifed it.” As Gizmodo notes, it would be incredibly difficult and inhumane to kill a goat with a stun gun.

Maybe Dorsey is just confused. Or, maybe Zuckerberg, one of the world’s richest people, actually has a cache of awesome laser guns.

Hopefully, the world will never know.

Everyone Is Hating On ‘Green Book’ and ‘Bohemian Rhapsody,’ Here’s Why