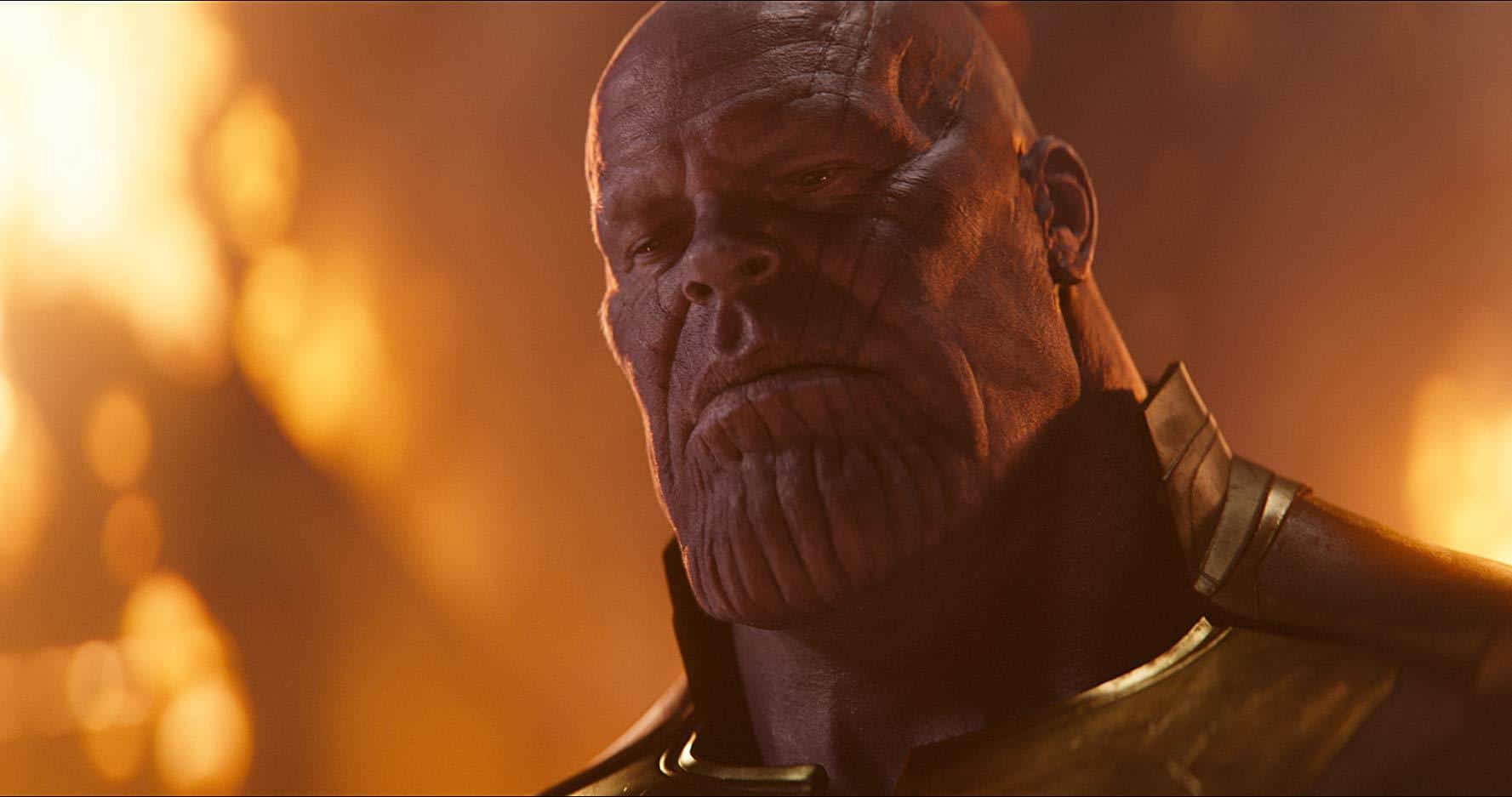 There was no common enemy in 2018. Thanks to a sometimes-disturbing muddling of current social issues—including things that should not have been muddled (insert your “many sides” reaction here)—popular culture was deprived of a dynamic it usually holds onto in times of division: collective animosity.

Even things society had once seized upon en masse—sexual assault, violations of privacy, white nationalism—saw phrases like “benefit of the doubt” come to their defenses. Niche, extreme factions are more vocal and prominent than ever, and that not only makes them tougher to suppress, it makes them more confusing to evaluate overall. Are the bad guys more formidable these days because they’re more influential than before, or because they aren’t really the bad guys? In some cases that question shouldn’t apply. In other cases, it’s already made a mess of things.

It might not be an accident then that the year in popular culture saw a similarly broad array of villainy, particularly at the movies. Not only were on-screen bad guys diverse in form, function and origin, but they also crossed the spectrum from out-and-out monsters to borderline heroes. Were some universally despised? Of course. But was there also a clear effort from storytellers to present antagonism in smarter, more complicated, more nuanced ways than before? That’s true as well.

Past conversations of “great villains” hinged around two ideas: domination and motivation. The first idea is quintessentially 80s and 90s, when classic antagonists like the Independence-Day aliens, Jurassic Park dinosaurs and Predator predators earned icon status through their sheer displays of might. The aliens blew up the White House. The raptors opened doors and hunted in packs. The Predator lifted Arnold Schwarzenegger by the neck with only one hand. Other baddies like Rocky IV’s Ivan Drago and the Brosnan-era Bond villains fell into this lane, too. These guys weren’t defined by what they thought. They were defined by what they could do; that’s how they posed a threat.

Maybe that character construct is antiquated, but 2018 saw plenty of dominant villains itself. Famed fictitious killer Michael Myers had one of his best iterations yet in this year’s Halloween revival, and the creatures from A Quiet Place were imaginative and imposing (props to that movie, too, for not shying away from their vicious potential in the opening sequence). Ivan Drago, of course, returned with his son Viktor in Creed II, and beyond providing Michael B. Jordan with a superior physical opponent to face in the ring, the Dragos had a context and motivation that made them sympathetic. It was like if the Predator had daddy issues (unfortunately, this year’s The Predator didn’t give us that).

Movies started thinking more about the motivation of bad guys as we hit the end of the 1990s and moved into the aughts. This manifested in two main ways: villains with understandable (and sometimes relatable) reasons for being villains, and villains that by design couldn’t be understood at all. Tyler Durden, Hannibal Lecter and Magneto all had rich backstories or underlying philosophies that injected their antagonism with meaning, while opaque chaos agents like No Country for Old Men’s Anton Chigurh and The Dark Knight’s Joker were memorable because they defied meaning, choosing to operate outside of rationality and order.

In 2018, Marvel offered the best-motivated villains, with Black Panther, Deadpool 2 and Avengers: Infinity War introducing the three richest baddies the brand has ever produced. Black Panther’s Killmonger, of course, deserves exceptional credit alongside Deadpool’s Cable and Infinity War’s Thanos, but table him for a minute. Cable and Thanos are each great examples of no-doubt evil-minded bad guys, but their compelling reasons for doing evil is probably what made both of their movies better than expected. They were so well-drawn, in fact, that Cable earned a redemption narrative inside the same movie he villainized, and Thanos earned one of the summer’s best memes: #Thanoswasright. They were also both played by Josh Brolin, which is fun, but doesn’t really matter from a cultural perspective.

As for Killmonger, the Michael B. Jordan-played villain of Black Panther, he has persisted as the best villain of the year. His motivations aren’t just made known, they’re sourced in a concept that feels especially prominent this year: radicalization. Killmonger wants a liberated and powerful Wakanda just as T’Challa does, but his methods stand at odds with those of the entrenched nobility. It makes for a more complex and thought-provoking movie because you can’t just care about the good guys winning and the bad guys losing: How it happens matters, too.

It’s a nice microcosm of many of 2018’s biggest societal conflicts, even if you’re an optimist about the American political landscape. If you assume the best in both conservative and liberal politicians, you might argue everyone wants a better America but has different ideas about how to make it better, and that’s OK. With Killmonger, however, Black Panther argues the ends don’t justify the means, and the introduction of radical thought has an impact even if the radicals don’t prevail. It makes things much more complicated both within and without the context of the movie. That’s why Black Panther was good and it’s why this year was so frustrating.

Radicalization is obvious when it looks like white hoods and tiki torches, but it’s less obvious when—to use the imagery of Killmonger and T’Challa—it looks like it comes from the same place we do. Killmonger sparks sympathy because something about him feels familiar, and his final line validates that connection: “Just bury me in the ocean with my ancestors who jumped from the ships, because they knew death was better than bondage.”

The subtle mirroring of the two leads in Black Panther is often taken to the extreme in movies, both for better and for worse. Venom was a good example of the latter. When good guys have to kill evil versions of themselves, that lack of nuance can make the movie’s messaging obvious (“the real enemy was inside us all along!”), and that makes it feel lame or trite. But if the presentation of a movie can make the reflection of an antagonist productive, like in Annihilation’s assaultive final act or Hereditary’s symbolic demon king, that mirror becomes a prism through which a human truth is brought into focus. In each of those movies, the antagonists serve as metaphors for the ways we destroy ourselves.

Not all villains have to represent something like nihilism or racial progress or the way people suppress grief, however. Sometimes, villains are just hero-stoppers, but that isn’t a bad thing. Henry Golding’s rigid mother Eleanor opposes protagonist Rachel at every turn in Crazy Rich Asians, but her point of view is detailed enough that by the time we reach the movie’s terrific mahjong climax, the showdown between the two serves as not just the decision point for Rachel, but Eleanor, too. When both the hero and villain walk away different from the final encounter, it means a more satisfying experience for the viewer because instead of external victory and defeat, we have internal change on both sides. It feels like more.

And though some villains in 2018 wore their opposition on their faces, others surprised us, like the big bads of Widows, Incredibles 2 and Mission: Impossible – Fallout. Onscreen, these identity reveals were thrilling, but they held true-to-life parallels that recalled the exposure of a celebrity’s abusive behavior, a politician’s buried secrets or heck, a family member’s true feelings at the dinner table. No one could hide in 2018. On the other hand, villains like David Duke in BlacKkKlansman didn’t have to hide, but their actions were gross, offensive and shocking regardless.

Perhaps most telling of all, we had movies in 2018 take us alongside their villains. Thoroughbreds had us hanging out with a couple teenage psychopaths for 90 minutes. The Favourite followed a trio of conniving, manipulative women. Vice took us through the power-grabs of a group of men who, even if you supported them politically, are presented in that movie as predatory and wolfish. Even movies like A Star Is Born and Mary Queen of Scots, dramatic two-handers in which opposing forces fluctuate between unity and conflict, showcase villainous actions from characters like Bradley Cooper’s Jackson Maine and Margot Robbie’s Elizabeth I, people we otherwise care about throughout the story.

Adjacence to villainy provokes a reaction—anger, indignance, sorrow, sympathy—and it’s by paying attention to and interrogating our reactions to antagonism that helps us understand the reactions of others. Maybe we saw villainy in the final shot of Infinity War, but for others it filled the screen on NFL Sunday. Maybe we saw it behind the podium on CNN, but maybe others saw it in Vice. Your heroes are not your friends’ heroes and your villains are not their villains. There’s a distinction there, and it mattered this year.

Because while great bad guys diagnose our divisions, the spectrum of evil we saw in 2018 was met with an equally varied array of good guys, and that’s where difference becomes a strength. When evil takes many forms, its counterpart has to do the same. That’s when we see the Ron Stallworths and Black Panthers and Laurie Strodes rise to the occasion. That’s when we can see ourselves do the same.

And Just Like That, Kevin Hart Is Out as Oscars Host for Past Anti-Gay Comments