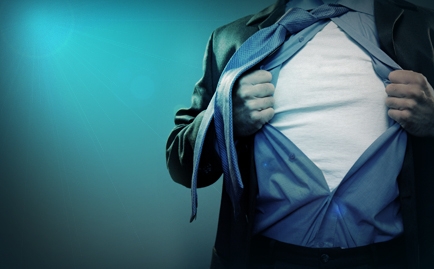 The recent influx of superhero hype has caused a wave of negativity toward superhero fiction, charging it with the cardinal sin of all speculative fiction: “escapism.” In the minds of many smarmy critics, superheroes represent a genre of simplistic narrative, completely bereft of any power to sharpen the mind, whose popularity can be attributed to the enthusiasm of salivating fanboys, nerds and geeks whose minds are dulled to the appreciation of fine art. But whatever one’s feelings of its artistic merit, the superhero genre has proved to be something eternal. The superhero is a figure that has held its place in the pantheon of American cultural iconography throughout the 20th century and is seeing a loving rebirth in the early years of the 21st. Has it simply been empty enthusiasm and marketing that has kept the superhero alive and profitable for more than 70 years? If Americans have a short attention span, as the critics love to suppose, then why haven’t we moved on to something else? The fact is that nobody has really taken the time to examine why superheroes are so resonant with people.

Every action hero embodies the spirit of the age he is created in and as a result, is doomed to be a relic of his time. James Bond is the suave secret agent of the Cold War, preserving the balance of power and enjoying the fruits of the status quo. Rambo is the super-soldier of the Vietnam era, with little use for human pleasures, the embodiment of total war. Jason Bourne is the silent assassin of today’s digital world whose lifestyle of constant mobility serves both to outrun the gaze of security cameras and the nihilism of his situation. Traditional movie action stars mirror the state of the world they find themselves in.

The superhero, however, is something different. It is not supernatural power that makes them popular (or if it is, it is because those powers represent something). Superheroes are symbols for something deeper and it is this quality that allows them to remain popular and relevant no matter what time they are in. One might compare action heroes to secularism and superheroes to religion. Action heroes deal with immediate, external properties of the world; superheroes deal with the interior elements of humanity. Superheroes are colorful incarnations of the human soul.

The symbolic quality of the superhero is most readily evident by the costumes they wear. There is usually a large, emboldened icon on the chest or midsection, traditionally a cape and almost always a mask. It has long been a common human practice to depict the unspeakable spirits of human experience (love, hate, jealousy, compassion, etc.) as having a certain form, either a human or animal form or, usually, a combination of the two. “Anansi the Spider-Man,” was a recurring character in the Anasazi tribe’s fables. He was a man turned into a spider who used his spidery cunning and craft to outwit and defeat his rivals. Sound familiar? It was also not uncommon to for tribesmen to clothe themselves in animal skins or give names based on animals. To the Iriquois hunter, bears represent brawny courage; therefore, “I am Little Bear.”

In this way, we put our hopes, fears, dreams, emotions and all unspeakable facets of human nature into corporeal form and loose them in fantastical worlds to see what we may learn from them. So there is near limitless narrative potential in superheroes. There is a common criticism that superheroes are not complex characters and represent very simple moralities. This is true for a hero like Superman, but the possibilities for what superheroes represent have a wide range. “The Green Hornet,” for example is an obscure superhero who is just now breaking into the limelight due to a new movie. The story is of a wealthy young heir to a media fortune who teams up with a talented martial artist to take down crime syndicates. Their trick is to pose as villains to get close to the crooks so they can easily lay the hurt on them and bring them in. The hornet represents craftiness and the sting of justice and proves that even evil can be intimidated.

The subject of superpowers should be addressed. If Superman did not fly through the air and see through walls, his appeal would be considerably diminished. Critics often take these fantastical powers as the primary reason to ignore superhero stories; for what is fantastical must surely be escapist and therefore worthless. However, superpowers are symbolic in themselves. It is an excellent representation of how human beings have been set apart as creatures from the rest of nature by their powers of reason and symbolic awareness. G.K. Chesterton, a writer notoriously disposed to spinning fantastical tales to excavate deeper truths once wrote about this separation:

The image of Superman floating high above Metropolis using his super-hearing to spot trouble afoot in his city is the image of Adam in the garden before Eve. He is alone and somewhat listless, though in possession of great power and understanding. Every human life has a component of isolation due to unique ability. Humanity is out of step with nature. We are in the world but not of it.

Perhaps the best recent example of this kind of symbolic storytelling is Geoff Johns’ latest issues of The Green Lantern, who will also get a movie debut very soon. It’s a story about seven warring armies of superheroes called the “Lanterns,” each harnessing the power of a particular emotion vying for dominance. The Green Lanterns represent will, the Yellow Lanterns represent fear, Blue Lanterns: hope, the Pink Lanterns: love, the Red Lanterns: rage and the Orange Lantern: greed (there is only one of these, of course, since greed does not share power). The fun of the story lies in seeing physical embodiments of the emotions we all know intimately interacting with each other. In the story, love proves it can be just as possessive as greed, will and fear ally with each other to stifle the overpowering assault of rage and in the end they must all unite to beat back the formidable Black Lanterns, who symbolize death.

These sorts of pulp-fiction metaphors aren’t going to win their authors a Pulitzer Prize, but they are effective. Subtlety rarely enters the picture and it need not. The best superhero stories are the ones that don’t pretend to be anything more important than comic books, but do not shy away from commenting on human nature in their own humble way. "Higher" art forms, like novels, could be compared to a dissertation, whereas superhero stories are sermons. Both have the capacity to tackle equally eternal themes in their own way—one with exhaustive literary weight and form honed by years of intellectualism, the other with bold lines and primary colors.

Batman: Year One by Frank Miller

Davis Guggenheim is not Superman