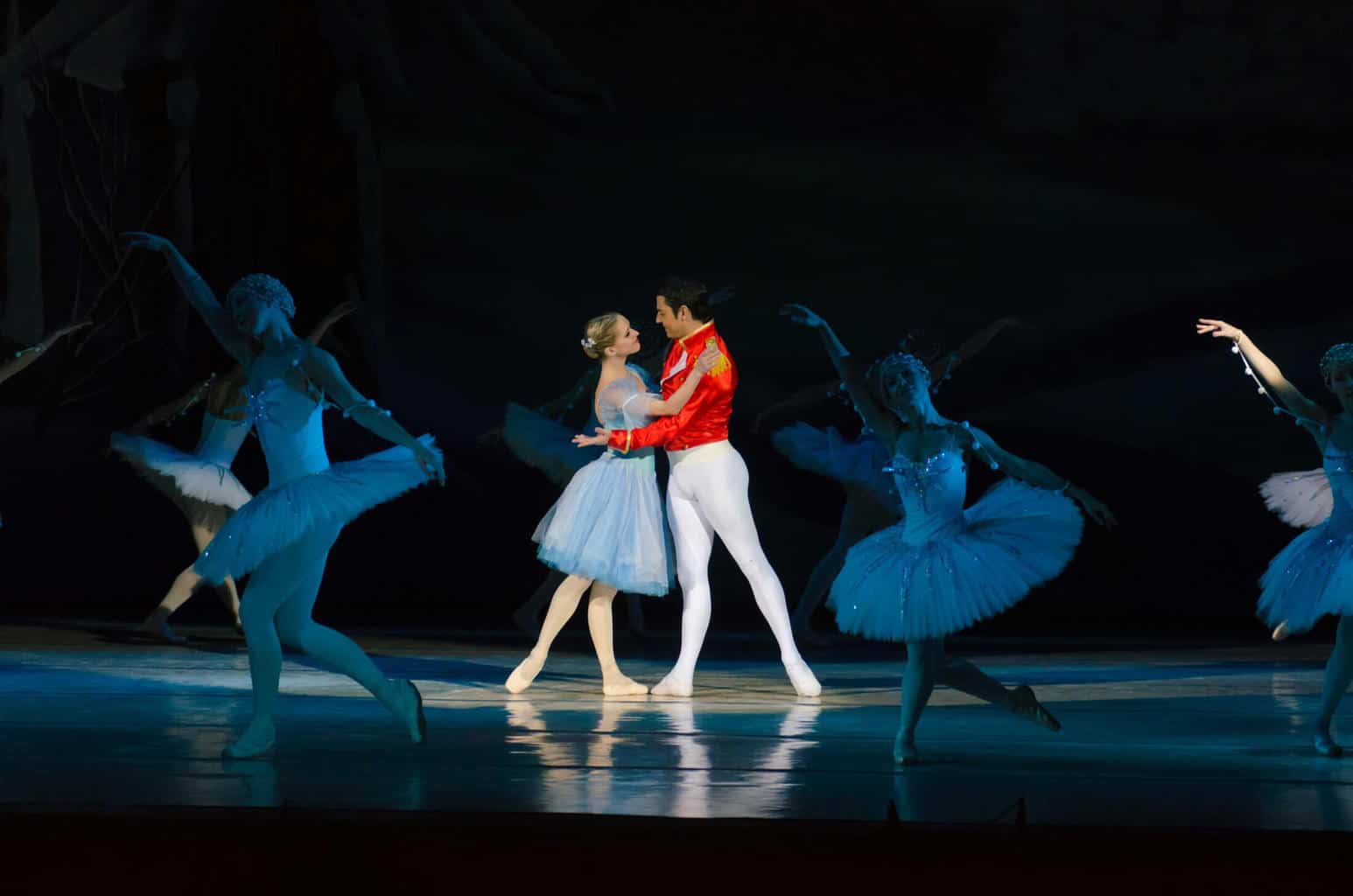 It’s whimsical and weird, so why does The Nutcracker remain one of the most successful ballets of all time? Sure, the show’s zany characters (a doll that becomes a prince, human-sized mice and a variety of personified sweets), detailed imagery (everyone loves an indoor snowstorm) and fanciful costumes delight audiences of all ages, but the prevailing theme of ragtag adventure injects a joyful Christmas spirit into its predictable plot. There are no strange lyrics to decipher, odd social norms to comprehend and no weird hashtags, either. The Nutcracker can be understood and appreciated by anyone, which makes it the perfect Christmas tradition.

Since its 1892 debut in St. Petersburg, Russia, The Nutcracker has appealed to the masses by telling a simple story with stunning presentation. Known to be the financial bread-and-butter that sustains ballet companies, The Nutcracker also holds cultural significance for American art. When the San Francisco Ballet premiered the show in the United States in 1944, attendees were already familiar with Tchaikovsky’s score due to its inclusion in Walt Disney’s Fantasia (1940). In 1954, famed choreographer George Balanchine cast roles for 35 children in the New York City Ballet production. This opened the theater for entire families to enjoy the ballet together. The inclusion of adolescents made the ballet accessible as a family-friendly theatrical experience, and since, thousands of ballet schools have presented The Nutcracker, often including dance moms and dads during the famous “party scene” to guarantee a wider range of involvement in the show.

Each winter, every corner of America hosts a youth, semi-professional or professional production of The Nutcracker. It’s an oversaturated market, so artistic directors, choreographers and costume designers aim to create fresh retellings that offer new ways for audiences to suspend disbelief without losing the endearing characteristics of the production. Tchaikovsky’s music is rarely altered, but set design, costumes and storyline transform from show to show. Recently, the Joffrey Ballet in Chicago structured their Nutcracker plot around the World’s Columbian Exposition of 1893, telling a story of socio economic disparity that nonetheless preserved the lighthearted charm and magic of live performing arts.

Although The Nutcracker is typically presented as a stage performance, the story has experienced longevity due in part to its representation on the big screen. Multiple professional companies including the American Ballet Theatre, Pacific Northwest Ballet and the New York City Ballet produced films of their original stagings. In the sincerest form of flattery, well-loved characters such as Tom & Jerry, Barbie and even the Care Bears have had their own Nutcracker adventures. Walt Disney Studios expanded on the original E.T.A. Hoffmann story this year with The Nutcracker and the Four Realms. Recognizable characters do appear throughout Four Realms, but there’s much less sparkly snow and much more duty and honor wound into the new tale.

These film adaptations still appeal to the whole family and boast A-listers like Keira Knightley, Morgan Freeman and Helen Mirren (plus prima ballerina Misty Copeland briefly graces the screen), but some magic is lost when the dancing is all but removed from the production. The Nutcracker was first and foremost a ballet and is most successful when presented as one.

In the modern world of convenience, going to the theater requires intention. Tickets need to be purchased in advance, shows are more often than not attended with friends or family and dressed-up attire is at least considered.  Going to see a live show of any kind requires the audience disconnect from technology and plug in to the present moment. While The Nutcracker is not the only show to offer an upscale theater experience (typically you can’t eat/spill popcorn in most auditoriums and theaters), its youth-focused story does expose audiences of all ages, ethnicities and economic backgrounds to the important art forms of ballet, theatre design and classical music. Amid the hustle and bustle of Christmas, it’s well worth the time to sit back, become a kid again and enjoy the defeat of the mouse king and the dance of the sugar plum fairy.

People occasionally need some old-fashioned cheer, inspiration and entertainment through imaginative, nostalgic and wholesome fun—and The Nutcracker never disappoints in those regards. Because each production varies year to year, company to company and location to location, there will forever be a “new” Nutcracker to experience. This winter, find a performance near you and start (or continue) this American Christmas tradition of celebrating musical masterpieces, talented athletes and the joy of experiencing the holiday season with renewed childlike wonder.

Lauren (Lo) Beatty is a writer based out of Chicago. She loves black coffee, hot yoga and recapping her adventures on her travel blog Seeking the Significant.