We’re living in an electrifying age of television. Dodging between episodes of Jersey Shore (blissfully, now cancelled) and American Idol, it’s easy to forget the plethora of artfully written, beautifully directed and masterfully acted shows that are actually making an appearance on the airwaves.

That’s where the Emmy Awards come in. The last few years of television have introduced true masterpieces, and it all culminates in a race to the finish at this year’s award show honoring the best of last season, in which there are very few obvious winners.

But that doesn’t mean you should be overwhelmed by it all. Here are predictions for the 12 biggest categories to help you sound in the know on all your social media outlets this weekend.

Warning: There are a few spoilers ahead.

I’ll admit: This prediction is even parts reality mixed with hopeful thinking on my part. Mad Men has reigned the Drama Series category the last four years, securing itself a position with record-setters L.A. Law, Hill Street Blues and The West Wing. But the offices of Sterling Cooper Draper (Pryce?) could—and should—set a record of their own this year with five consecutive wins. Rumors are spreading that Breaking Bad could be set to topple the award show giant, but Mad Men had a flawless fifth season with the kind of groundbreaking writing—Lane’s deterioration, Peggy quitting!—that earned it the right to go down in history.

If Claire Danes doesn’t win on Sunday, it will be the biggest upset of the night. Danes is the favorite to take home Drama Actress by practically everyone predicting the Emmys, and in a sea of predicted Mad Men and Breaking Bad wins, Homeland deserves recognition.

Bryan Cranston is favored to win his fourth Emmy in this category, and I have to agree. It’s a difficult thing to make the protagonist of a primetime, critically acclaimed show the villain, but Cranston’s portrayal of Walter White has turned the tables on what it means to act. I’m hoping, wishing and praying that after Cranston is awarded the Emmy, his acceptance speech will consist of a mere two words: “I won.”

Downton Abbey’s Emmy profile has been upped this year, with a promotion from Miniseries to full-on Drama. Good for the PBS series, in terms of street cred, but this is challenging with regard to the level of talent it now dwells among. I can’t see Downtown Abbey pulling out the award for Drama Series or a Best Actor nod, but I also don’t see anyone beating out Maggie Smith. Not only is she beloved, she deserves it.

Supporting Drama Actor is by far the most difficult to predict this year. The talent is stacked high, and choosing any of the nominees over the other four just seems insulting. Giancarlo Esposito is a fan favorite to grab the Emmy for his character arc as the kingpin drug lord Gustavo Fring in Breaking Bad. He deserves it—but I’m going with Aaron Paul. Paul owes a lot to Breaking Bad’s team of writers for his character’s growth and depth—but he consistently brings it home every week in a show of emotion I haven’t seen from any other character on TV. No one does the “silent sob” like Aaron Paul (after he empties the Roomba and finds the cigarette, anyone?). Every week, I find myself screaming at the television, “Someone give that man another Emmy!” If life is at all fair, Paul will bring home the gold.

This category is the Emmys’ gift to those people who hate surprises. Modern Family grabbing the Emmy is probably the surest thing at this award show. The ABC ensemble is a comedy juggernaut that’s won 11 trophies for its 31 nominations in the last three years. Don’t expect any other show to take over this category while Modern Family is on the air—at least, not until Arrested Development makes its return early next year.

Jim Parsons as Sheldon Cooper in The Big Bang Theory
Larry David as himself in Curb Your Enthusiasm
Don Cheadle as Marty Kaan in House of Lies
Louis C.K. as Louie in Louie
Alec Baldwin as Jack Donaghy in 30 Rock
Jon Cryer as Alan Harper in Two and a Half Men

Jim Parsons and Louis C.K. are in a dead lock to win in this category, but given Parsons’ history at the Emmys (he won last year in the same category), favoritism goes to The Big Bang Theory star.

Lina Dunham is this year’s Mindy Kaling or Tina Fey. She created and stars in Girls and contributes to writing and directing the series. Dunham should enjoy the award while she has it, though—a year ahead of time, I’m predicting a Kaling ’13 win in this category for her hilarious role in the new Fox comedy The Mindy Project.

With four Modern Family nominations in a single category, it’s essentially a toss-up as to who will actually grab the win. Jesse Tyler Ferguson seems like the frontrunner—his character has been praised by critics for its understated portrayal—but this is one category I won’t be mad—or surprised—for being wrong about.

In a far-off world where Desperate Housewives is actually considered a comedy, I could see Kathryn Joosten winning the award in a posthumous honor. But scene-stealer Sofia Vergara has become a household name for her hilarious role as trophy wife Gloria Delgado-Prichett on Modern Family. Vergara shines—and she will on Sunday night.

Downton Abbey was a big fish in a small miniseries pond the last few years. Now that it’s made its way up to the regular series leagues, the door has been opened for something else to actually win an award in this category—and Sherlock is it. And, as I like to say, once you’ve been Cumberbatched, you can’t go back. 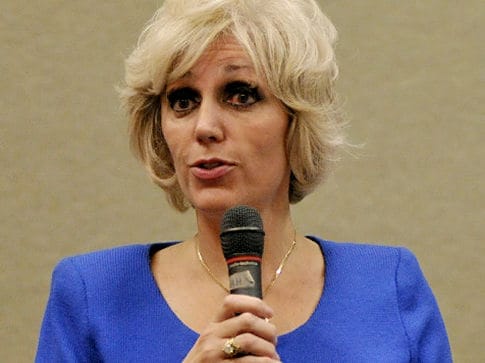 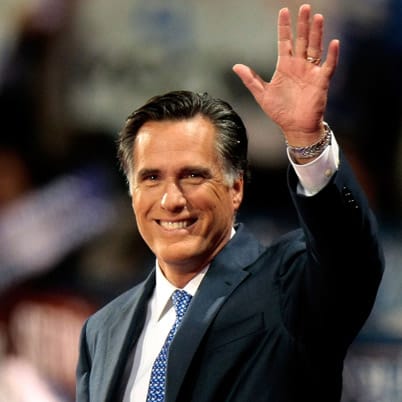