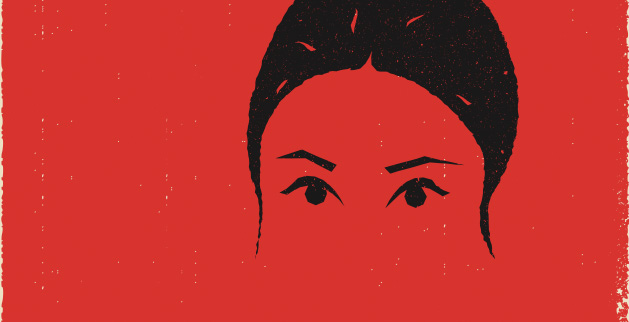 People of the Second Chance was founded in 2010 by Mike Foster and Jud Wilhite, with the mission of unleashing radical grace every day, in every moment, for everyone. The POTSC community that emerged has made the decision to give grace recklessly, while inspiring and empowering others to do the same. Our action arm, the Grace Mob, seeks out those in need of advocates and second chances and saturates them with love and support through social media, text messages, cards and letters. Our desire is to make grace a household word and make second chances everyday occurrences.

What we’ve come to learn is that grace is trickier than it sounds. Giving someone a second chance is more than just a casual decision; it involves a whole host of factors, including patience, trust and forgiveness. That’s not a list of human traits we necessarily think about very often, but if we’re going to live a life of second chances, that list is something we need to confront. We frequently feature personal stories of failure and redemption, and there you’ll meet the addict, the abuser, the thief and the hypocrite. And what their stories all have in common are key third parties who made a conscious, risky choice to invest patience, trust and forgiveness in them. These key people fought through the messy business of second chances and extended grace when it was needed most. The authors are people of the second chance and so are their forgivers.

The interesting thing about the message of grace is how it resonates on such a deep level, because it—grace—is something we all fundamentally need. Second chances aren’t only for the people who tell their stories on our blog; they’re for all of us. And, going beyond our own needs, the message of grace resonates because we’ve all felt the joy that comes in giving grace.

Never Beyond
Who would you give a second chance?

Where in the sand have you drawn your line?

What level of injustice pushes forgiveness too far?

These questions have been on our minds since People of the Second Chance sent its first tweet. In every discussion and every story, they linger just below the surface. They challenge our traditional notions of forgiveness, grace and the pathway to second chances; they make us reflect on our understanding of what it means to be a person of the second chance.

This August, we launched the NEVER Beyond Poster Series, which presents well-known historical, current and fictional characters that represent society’s “villains,” like Casey Anthony and Mike Tyson. The characters cover big wrongs, small wrongs, perceived wrongs and history-making wrongs, and beg the viewer to take a hard look at the beliefs they’ve formed and the lines they’ve drawn. The images drag those uncomfortable questions about forgiveness to the surface of our conversations and force us to confront them.

The campaign was originally launched online in cooperation with hundreds of POTSC supporters and spawned a growing collection of articles and conversations across the Internet. Bloggers have generously donated time and space on their platforms to host discussions and advocate for the campaign. Meanwhile, POTSC will be featuring prominent guest authors throughout August and September, who will share their own responses to the challenges posed by NEVER Beyond.

The poster series consists of digital and print posters, with plans to display the full collection as a touring exhibit. We have no doubt that the conversations that have played out online will continue in face to face viewings.

Not a Commodity
If there’s one thing we’ve learned since starting People of the Second Chance, it’s that there is no shortage of powerful stories out there. With the connection social media brings, it’s getting easier to find those stories every day. Fame, failure, pain, redemption, loss, inspiration—we’ve seen stories for every emotion and some with many wrapped into one.

But our stories are not a commodity; each one is unique and important. Failure to see this makes miracles mundane and turns testimonies into little more than spiritual VH1 specials. NEVER Beyond challenges the lull that can sometimes overtake us as readers by making us ask—and answer—the questions ourselves. People of the Second Chance is about spreading grace like we were meant to spread it. It’s about getting to the place where we can cry along with every hurt and cheer along with every victory. And with that comes the power to forgive and the power to give a second chance.

The image used with this post is from the POTSC NEVER Beyond campaign.

Snakes Almost on a Plane

A Hunger for Change in East Africa