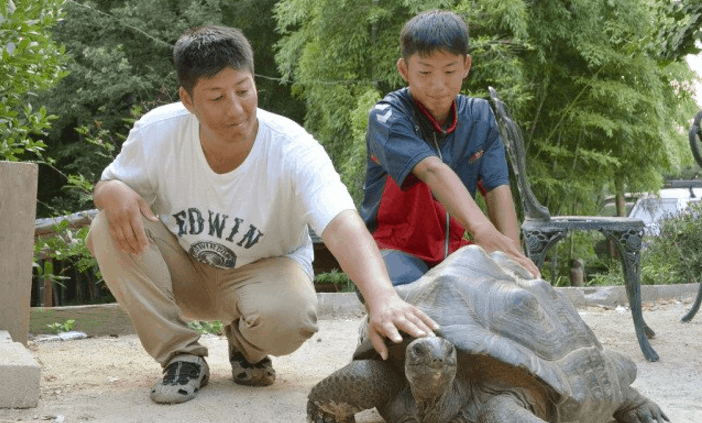 A zoo in Japan was on the alert earlier this month after their giant tortoise Aboo broke out and led keepers on what was evidently, bafflingly, a high speed chase. Zoo staffer Yoshimi Yamane told reporters that “we’re all very worried” and that the tortoise “can walk faster than we can ever imagine.” Although the fastest recorded land speed for a tortoise is about 5 mph (on average, they move about 0.17 mph) so that seems pretty easy to imagine. But that’s beside the point. Apparently, what this 121 lb. tortoise lacks in speed it makes up for in stealth, because it took a full two weeks for her to be found …just down the street.

Fleet-footed giant tortoise breaks out of Japan zoo…and makes it 140 metres before it is captured https://t.co/D3dyEl1UXv pic.twitter.com/d5jburkM0J

She was found by a father and son, who were able to cash in on the 500,000 yen (about $4,500) reward. Aboo has been returned safe and sound to her pen. Although this is actually the second time in two weeks Aboo has made a break for it, so better luck next time, big girl.