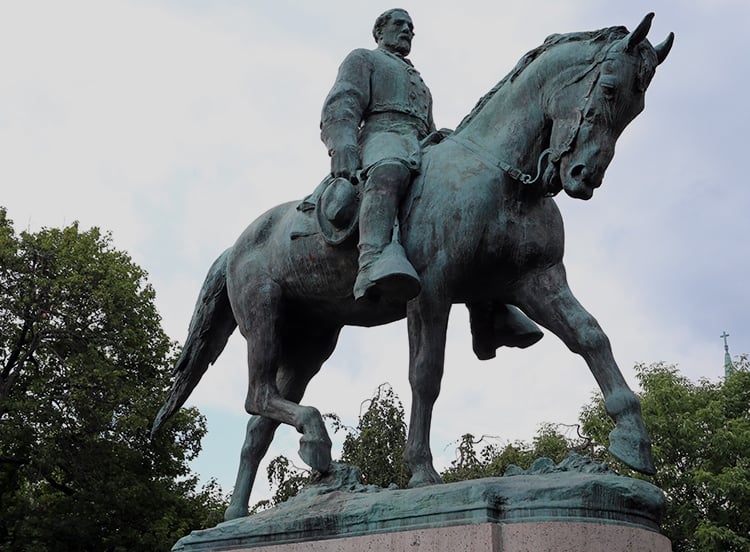 A businessman sat on a flight to somewhere, the story goes, an attractive woman in the seat next to his. The man propositions her, but she’s married and refuses. He offers money, and he increases his offer over and over until, eventually, she agrees to a one-time affair. Once they set a place and time, however, the man changes his mind about the amount he intends to pay. The woman scoffs at the lower amount, saying, “What kind of woman do you think I am?” The man retorts: “We’ve already established what kind of woman you are. Now we’re just negotiating the price.”

This morality tale—versions of which float around church groups everywhere—ostensibly enforces the weight of principled living, warns against the incoherence of situational ethics and highlights the importance of integrity. The point, of course, you can’t miss: If there’s a price for which you’ll sell yourself (in any sense), then you’ve already sold yourself. The kind of person you are doesn’t depend on the particulars.

This idea should weigh on our consciences, especially considering the events this past weekend in Charlottesville.

We woke up to an ugly Saturday, one of the ugliest in memory. Hundreds of people in Virginia participated in a rally for a white nationalist group called Unite the Right. White supremacists marched unmasked on the campus of the University of Virginia, thrusting burning torches in the air and chanting “blood and soil.” The scene turned violent as counter protesters clashed with the marchers. Dozens of people ended up injured and at least three people killed.

This display slung all kind of questions into the public sphere. We Americans saw a peripheral part of our country take main stage in a way that seemed impossible.

We’ve all seen pictures of KKK meetings, with men standing around in white hoods. Like a twisted version of superhero garb, those hoods protect the identities of the racists who wear them. Because even in areas and time where the KKK operated most actively, membership in the Klan was taboo. And now, on an arbitrary Saturday in 2017 America, hundreds feel the freedom to show the world not only open-faced hate for anyone not like them, but to do so without hoods. And the official word from the president of the United States maintains the group contained some “very fine people.”

Everything about the Charlottesville debacle shocks, horrifies and discourages. But honestly no one should be all that surprised.

The white supremacy of the Ku Klux Klan has been around since the mid-1800s, and racism tarnished the history of humanity since long before. Humans have hated each other since Cain killed Abel. So the scandal of Charlottesville isn’t overt racism, per se. The scandal is that it flows quite naturally from the United State’s current body politic.

The year 2016 pitted insiders vs. outsiders. It started with the terrorist attacks in Paris, then the shooting in San Bernardino happened. In the presidential election, the standing of outsiders—mostly refugees from Muslim-majority countries—stayed at the forefront. Since, the administration—with a befuddling amount of support from so-called evangelicals—moved to impose a travel ban from certain countries, deport immigrants (including Christians), wall off the Mexican-American border and trumpet an aggressive “America first” doctrine.

In this climate, no one should be surprised when white supremacists feel comfortable stepping further into the public light. Because like the woman from the airplane, we’ve already established the kind of people we are. Put a little differently: Once you open a door, the logical response for people is to walk through it.

As an example of what I’m talking about, think back a few years to when then-president Barack Obama set out to establish nationalized, government-operated healthcare—what would become the Affordable Care Act. The central pushback to Obama’s agenda has nothing to do with healthcare, but with the reach of the federal government. Detractors of ACA argued the government shouldn’t get a say in the health of individual adults. The question was an age-old debate between big and small visions of government.

But Americans actually decided the central question years before. In 1968, the federal government mandated that all vehicles sold in the United States come fitted with seatbelts, and around the same time most states passed laws requiring adults to wear them. Of course, seatbelt laws attract little attention. Because who, after all, could be against seat belts? Yet think about it: Decades before universal healthcare became a viable idea in the U.S., the government effectively took hold of the well-being choices of adult Americans. The argument for government-required seatbelts may be understandable, even defensible. It’s a substantially more nuanced situation. But in a real sense, the moment the government began to mandate specific health and safety decisions of competent adults, the healthcare debate ended.

Because once the door is open, neither logical nor legal prohibition can keep people—or healthcare laws—from walking on through. And that principle holds for the idea that some people are inferior to others.

Of course, not everyone who wants a wall along the southern border or increased monitoring of Muslim-born immigrants also wants to march in the name of white nationalism. But as soon as suspicion of all things “not us” becomes a mainstream idea, the organizing ideas of Alt-Right groups like Unite the Right seem generally valid.

Once you’ve got a functional religious test for who belongs in America, why not add an ethnic one, too? After all, what’s so scandalous about taking to the streets with what already appears in the conference rooms of Washington D.C.? You might as well not even bother wearing a mask. Because in principle, the debate is over.

A couple of the issues surrounding what happened in Charlottesville are complex. The First Amendment does guarantee the rights of people to believe, think and gather freely. This includes the right to hold beliefs that run against majority opinion, such as those of minority religions, cults and even discriminatory groups like white supremacists. And smart criticisms of the Charlottesville rally should attack the morality of the Unite the Right movement, not its legal right to exist. Also, there’s nothing wrong with the United States putting America first, per se; that’s what countries do. Yes, some issues surrounding what happened in Charlottesville are complex—but don’t let that muddle the reality.

White supremacy amounts to unmasked evil. This past weekend, evil marched at the University of Virginia and across our TV screens and Twitter feeds. And it marched through a door already open for it.

Ideas possess consequences. I think Charlottesville represents a consequence of the xenophobia too many embraced or at least overlooked for the past year. We must condemn the Alt-Right, white supremacy and the surging forces of racism around us in the strongest terms possible, without qualification. Part of that, too, means facing the ideas that embolden these groups and, further, the attitudes that make hate groups feel welcome. Ideas have consequences, and both can turn deadly.

Thankfully, a different idea sits at the center of Christianity.

This idea transcends borders and blood and the consequence isn’t the cowardly stalk of fear-fueled hatred in the middle of the night. Because of this idea, we Christians reject the Darwinian gospel of blood and soil and preach instead the gospel of Christ, which unites far more than the left or right. This idea also leads to a march—not in the name of white or black or even red, white and blue—but in the name of “him who called us out of darkness into his wonderful light.”

If You Got an Unwanted Call About Receiving a Free Cruise, You Might Be Owed $900