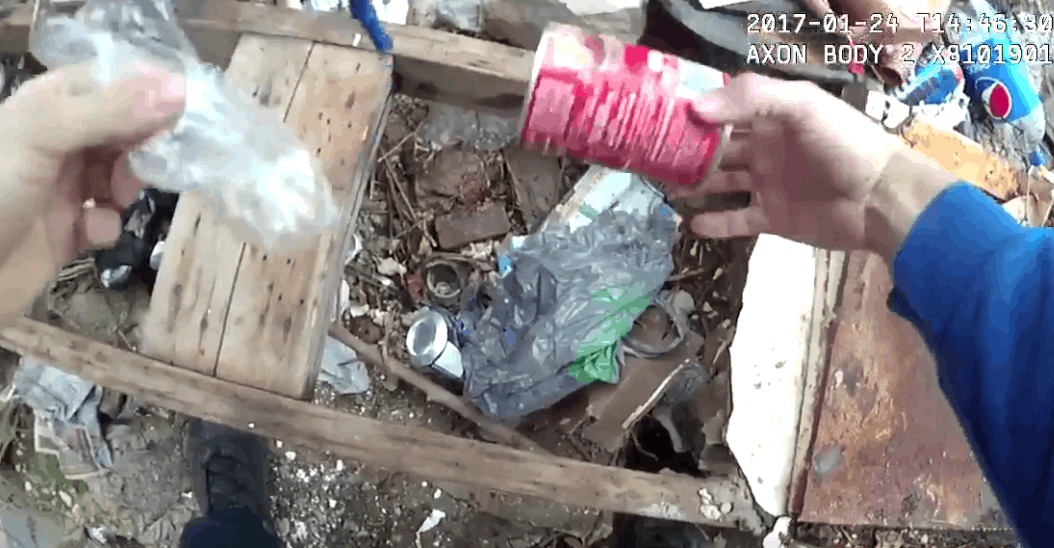 A major scandal has hit the Baltimore police department, as recently discovered body cam footage appears to show officers planting drugs to incriminate suspects at the scene of a crime. A public defender discovered the footage, which was shot in the field in January.

Apparently, the police body cameras save footage 30 seconds before they are activated, so the officer likely didn’t realize he was recording his actions. The clip appears to show him planting evidence in an empty can, hiding the can under a crate, before then saying, “I’m going to check here” with the camera now formerly activated. He then returns to the can, and pulls out what appears to be a baggie of drugs, acting as if he just discovered it. One of the officers has been suspended, and the department insists they are investigating the incident.

Footage shows officer placing drugs in trash; goes out to street, turns on camera, returns. Cams save 30 sec prior to activation, w/o sound pic.twitter.com/5ZW128lWFM

The case involving the video has since been dismissed.

Baltimore Police Commissioner Kevin Davis told NBC News, “This is a serious allegation of police misconduct. There is nothing that deteriorates the trust of any community more than thinking for one second that police officers … would plant evidence of crimes on citizens.”

However, the police department released several other videos from the same day, showing them arresting a man who allegedly had drugs on him, and allegedly finding more drugs in the same yard. They are seeming to imply that the body cam footage is a sort of reenactment of actually discovering drugs. Which, of course, is also totally inappropriate, even according to Davis.

Davis said, “Perception is reality. If our community thinks that there are officers planting evidence in the course of their duty, that is something that will keep me up at night.”

Should Christians Watch ‘Game of Thrones’?

What Christian Culture Gets Wrong About Purity