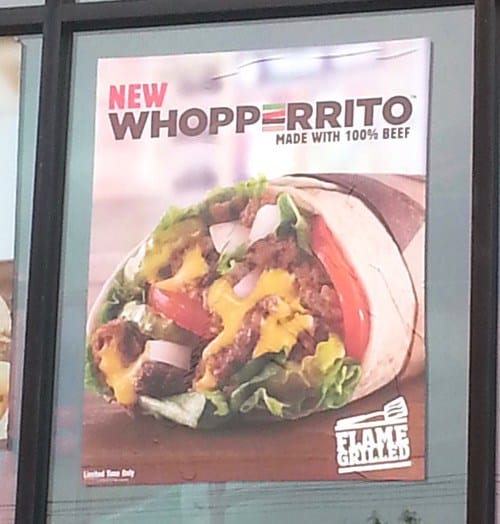 A couple of days ago, the food site GrubGrade offered the wider world a look at fast food restaurant Burger King’s latest, um, creation: the Whopperrito (which is only available—for now—at a Burger King in Hermitage, Pennsylvania).

What is this thing? Pretty much exactly what it sounds like: everything you’d find on a Whopper, sans bun and wrapped up in a flour tortilla. It’s basically the least Mexican thing to happen to a Mexican-based food item since Donald Trump’s taco bowl Tweet.

10 Must-Read Books of the Last Decade (Or So)