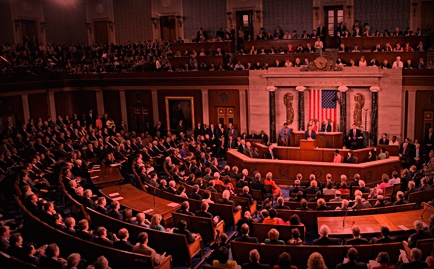 Editor’s note: This is the first part of a two-part series. For a different angle on the budget from a Christian perspective, make sure you also read part two, which you can do by clicking here.

More than two weeks ago, I stopped eating and started fasting, calling on brothers and sisters in Christ to do the same.

At the height of the Civil War in 1863, President Abraham Lincoln issued a proclamation calling the nation to a day of fasting, prayer and what he called "national humiliation." Taking his clues from the biblical prophet Isaiah, he argued that the twin national sins of slavery and war required nothing less than collective lamentation and corporate repentance.

“Woe to those who make unjust laws, to those who issue oppressive decrees, to deprive the poor of their rights and withhold justice from the oppressed of my people, making widows their prey and robbing the fatherless,” thunders Isaiah in Chapter 10 only later offering a vision for national repentance in Chapter 58, uttering words that national leaders ignore at their peril:

Is not this the kind of fasting I have chosen: to loose the chains of injustice and untie the cords of the yoke, to set the oppressed free and break every yoke? Is it not to share your food with the hungry and to provide the poor wanderer with shelter—when you see the naked, to clothe them, and not to turn away from your own flesh and blood? Then your light will break forth like the dawn, and your healing will quickly appear.

Invoking these biblical themes, Lincoln’s message was clear: God judges entire nations, not only individual citizens, according to their participation in God’s best hopes and dreams for the world. Isaiah, like the rest of Hebrew prophets, says justice for poor people is a huge part of this vision. It’s not only the litmus test of a nation’s righteousness; it’s the essence of true worship.

Nearly 150 years after the Civil War, America’s sins are different, but as citizens—especially Christian citizens—I believe the times again cry out for our national humiliation, specifically, for the ways we treat those who Jesus called "the least of these."

In 1993, as a Member of Congress, I fasted for 22 days, water only, to protest the lack of conscience of the U.S. Congress toward poor and hungry people. Now, almost 20 years later, the stakes are even higher, with Congress proposing budget cuts that will hurt the poor even more than the cuts provoking me to fasting and prayer two decades ago.

Budgets are moral documents by nature. They reflect the priorities of individuals, households and even nations, exposing our real notions of who and what is valuable. As elected leaders in Washington engage in shouting matches over how to solve America’s looming sovereign debt crisis, the voice of the poor is still getting drowned out. They’re obviously not our priority.

Every day 25,000 people worldwide die from hunger and preventable diseases. Fifty million Americans go to bed hungry at least two or three times a month; 17 million of them are children. So when I saw a recent poll showing that my fellow evangelicals were among those most supportive of cuts to foreign aid directly benefitting vulnerable people, it broke my heart.

We do need to balance the budget, but not on the backs of the poor and hungry. They didn’t get us into the current mess, and hurting them is not the right way out of it. With less than 1 percent of America’s budget devoted to foreign aid, cutting programs that save lives and actually help lift people out of poverty is both morally irresponsible and ignores the bigger problem.

Some Christians argue that justice for the poor is simply a matter of private charity. They believe government shouldn’t be in the business of helping vulnerable people. They think it’s solely the responsibility of the church to care for the poor.

This line of reasoning not only ignores the message of the prophet Isaiah, it also betrays a fundamental lack of understanding of the dynamic interplay between the public, private and social sectors in addressing global and domestic poverty.

The social sector includes Christian organizations like World Vision and innovative partnerships like the one brokered between evangelical pastor Rick Warren’s Saddleback church and President George W. Bush’s HIV/AIDS initiative. This kind of faithful work on behalf of the poorest of the poor will be undermined by the budget cuts proposed by Congressman Paul Ryan (R-WI) and embraced by many House Republicans, slashing foreign aid by 29 percent in 2012 and 44 percent by 2016.

When I ask Christians what percentage of funding for domestic feeding programs they estimate comes from private charity—including soup kitchens, food shelves, school lunches for poor kids and meals for elderly people—most are shocked when I tell them it’s less than seven-percent. Bottom line: without substantial government investment, 50 million Americans would not have enough to eat on a regular basis; private charity, however generous and well intentioned, doesn’t go far enough.

Those who believe the government should not be involved in helping poor people have a spiritual obligation to restructure the missions budgets of their churches and reevaluate their own giving priorities if they want their views to be taken seriously.

Like President Lincoln before, I believe that America now faces a monumental crisis of conscience. The proposed cuts undermine America’s values and—for those of us who aspire to follow the life and teachings of Jesus Christ—should offend our sense of what it means to be a Christian, especially if we believe God will judge nations based on how they treat the poor.

I believe fasting, when done with the right heart and the right motive, gets God’s attention—which is why I’m fasting along with over 36,000 Americans and 28 Members of Congress who have already joined the HungerFast.org movement. Hopefully this fast also gets the attention of politicians who would balance the budget on the backs of the poor. It’s time to call on God.

HungerFast.org is a growing movement of those committed to fasting, prayer, and personal sacrifice to protect vulnerable people from budget cuts that lack conscience. To learn more visit www.hungerfast.org.

Tony Hall is the Executive Director of the Alliance to End Hunger, engaging diverse institutions in building the public and political will to end hunger. He served as a Congressman from Ohio for more than 20 years. From 2002 through 2006, he served as President George W. Bush’s Ambassador to the United Nations Agencies for Food and Agriculture.