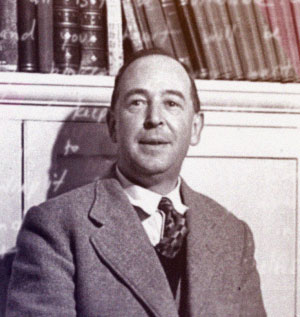 The name is Lewis, C.S. Lewis. It’s no secret that C.S. Lewis fought for the British Army in his early years of life. What pretty much no one knows—until now—is that the famous author of the Chronicles of Narnia was a secret government agent for the British Secret Intelligence Service—the for-real MI6. This is the part where you imagine the highly esteemed intellectual swinging from rusty pipes and punching bad guys all while keeping his tuxedo unwrinkled and fabulous. But, Lewis’ service to MI6 was much more in tune with the talents that he was best known for.

According to writer Harry Lee Poe, the Charles Colson Professor of Faith and Culture at Union University, C.S. Lewis addressed the people of Iceland in a broadcast called “The Norse Spirit in English Literature” that was absolutely essential in warding off German invasion in Denmark and the rest of Europe. So, what in the world does the Iceland broadcast about the Norse spirit in English literature have to do with World War II?

In a long-form article published at Christianity Today, Poe explains that Britain need to invade Iceland because it provided the ideal base for seaplanes to search for the German naval vessels. But, the Brits’ success in Iceland hinged on keeping the goodwill of the Icelandic people. That’s where C.S. Lewis came in. MI6 commissioned Lewis to broadcast to Iceland and win the hearts of the people. Poe writes:

He said that he did not know why he had been asked to address the people of Iceland, but that he agreed to do it in order to repay a great debt. He explained that his imaginative life had been awakened by Norse mythology when he was 14. He went on to explain how his love of Norse mythology only deepened when he began to learn the Icelandic language at Oxford.

Lewis made no mention and kept no record of these recording, but Poe, a major Lewis buff, found the recording on eBay being sold by a dealer in Iceland.

The original radio talk involved four parts on two records. The first record contains part one and part three. The second record contained part two and part four. The records were probably meant to be stacked on the turntable and then flipped together. The second record with parts two and four is missing. Perhaps it will turn up in a flea market someday. Stranger things have happened. After all, this record turned up on eBay.

So, there you have it. C.S. Lewis was a secret agent and is now officially the coolest novelist, lecturer and lay theologian the world has ever seen.