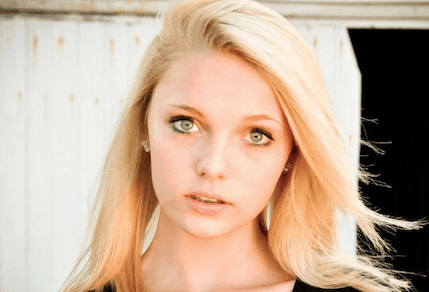 Daisy Coleman is telling her story. According to the teen and her mother, back in January, Daisy and her friend were raped by two older boys they knew from school after consuming alcohol together at a party. After the charges against the alleged rapists (who are from popular, well connected families in the small town of Maryville) were dropped, Coleman’s family was subjected to harassment, and eventually run out of town. Now, Daisy is telling her heartbreaking story in this column for xoJane.com. She described what happened after being given a tall glass of a clear alcohol by the boys:

Then it was like I fell into a dark abyss. No light anywhere. Just dark, dense silence — and cold. That’s all I could ever remember from that night. Apparently, I was there for not even an entire hour before they discarded me in the snow.

And how the event has led her into a depression:

Why would I even want to believe in a God? Why would a God even allow this to happen? I lost all faith in religion and humanity. I saw myself as ugly, inside and out. If I was this ugly on the inside, then why shouldn’t everyone see the ugly I saw? I burned and carved the ugly I saw into my arms, wrists, legs and anywhere I could find room. On Twitter and Facebook, I was called a skank and a liar and people encouraged me to kill myself. Twice, I did try to take my own life.

Now, though, Daisy says she just wants justice. Since the cyber vigilante group Anonymous became involved, the story has gotten even more national attention. The town has said that soon, a special prosecutor will be assigned to re-open the case, and could file new charges against the two boys …

NYC Mayor Bloomberg Is No Fan of Banksy