The recent military move to oust Egypt’s elected president was almost universally backed by Egyptian Coptic Christians, who make up roughly 10 percent of the population. But the move, called by many a military coup, also violates our profound democratic sensibilities. With 42 dead today at the hands of the army—which claims it was attacked first by armed terrorists—basic issues of humanity are also in play.

“Our citizenship is in heaven,” writes the apostle Paul, seemingly elevating our Christian brotherhood above national ties or ideological convictions. But, he writes elsewhere, “Let everyone be subject to the governing authorities, for there is no authority except that which God has established.”

President Muhammad Morsi, of the Muslim Brotherhood, was removed from office July 3 following massive protests against his rule. The proximity to America’s Independence Day only heightens the tension of this question, demanding an introspection we are often loathe to consider. Before we sit in judgment on Egypt, was our own revolution contrary to God’s teaching?

And does not the Bible also demand a commitment to justice and solidarity with the rights of the oppressed? Certainly, and Egyptian Christians would be quick to assert the necessity of the putsch, not just for their own cause, but for millions of Egyptian Muslims beside.

President Morsi hails from the Muslim Brotherhood, a semi-secretive group founded in 1928 to reshape Egyptian state and society according to sharia law and eventually restore the caliphate to Muslims around the world. For much of their history, they were the oppressed. Consecutive governments, often tied to the military, imprisoned their leaders and shrunk the space of political participation. This was true for all political groups that opposed the regime, but the Brotherhood received more ire than most, likely because their social work engendered a greater social base and their Islamic rhetoric spoke to a deeply religious population.

Participants in the January 25 revolution that overthrew Mubarak, the Muslim Brotherhood broke their promise to not seek power and eventually won the presidency. To do so they relied on an alliance with youthful, non-Islamist activists who, though wary of the Brotherhood, feared the opposing Mubarak-era candidate even more. Capturing a bare majority of 52 percent of the electorate, Morsi knew he had a slim mandate and early on tried to oversee an inclusive government.

But when difficulty came, especially over a contentious constitution-writing process, Morsi resorted more and more to his own group and other Islamist sympathizers. His activist allies deserted him when he seized dictatorial powers—claimed as temporary—to pass the flawed and religiously tinged constitution. Increasingly sectarian rhetoric offended not only Christians but also the common Muslim inclined to national religious unity. But it was simple inept governance that drove millions to the streets as the economy spiraled downward and fuel shortages plagued most every household.

Morsi and his allies claimed conspiracies against them. Indeed, most economic problems were inherited from the aftermath of the revolution, and it was never certain he had the support of a bloated bureaucracy. But holding the reins of the state for the first time in the Brotherhood’s history, Morsi leaned heavily on the Brotherhood, and opponents saw a slow-motion strategy to gain control, not win consensus. They feared, if left in power, the Muslim Brotherhood would recreate the old regime.

But was it oppression? Though most attacks on Christians stemmed from local and ordinary community tensions, they increased in number under Morsi’s watch. His rhetoric condemned the assault on Christian citizens, but justice rarely followed. Most Christians, however, lived a fine life, integrated in society and economy.

Opponents had ample indication Morsi’s commitment to human rights was less than universal, but compared to dictators past and present, there were few egregious transgressions. The concern was over what would come if he completed a four year term. By then, would the proverbial frog not know it was boiled?

Morsi offered concessions to the protestors, but they were too little, too late, and hardly believable given past conduct. Since the constitution debacle, he had offered “dialogue,” but viewed the opposition as too divided and feeble to warrant a substantial place at the table. He never anticipated the street would rise against him so overwhelmingly.

Among them, plenty in number and almost all in sympathy, were the nation’s Christians and liberal activists. The aptly named “Rebel!” campaign filled both the iconic Tahrir Square and surrounded the several city block large presidential palace. It claimed 22 million signatures demanding early presidential elections.

Against them, Morsi asserted his electoral and constitutional legitimacy. His constitutional claim meant little, as the opposition never accepted its extra-judicial completion, despite approval in a sparsely attended national referendum. But he was freely elected. Morsi argued his fall would set the revolution back to square one—if not undo it completely.

As the Rebel campaign operated outside of constitutional provenance, there was no mechanism to remove Morsi legally. He refused to step down, so the military stepped in. As the army had deposed Mubarak two and a half years earlier, they deposed Morsi now in response to popular pressure.

The question that remains to be seen is if they did so to protect an emerging democracy or to undermine it. Their record is not encouraging. Most activists and opposition politicians spent the past two and a half years decrying military oversight of Egypt, even seeing complicity with Islamist manipulations. Christians also found reasons to doubt their intentions, as their emerging boldness to protest was crushed under steamrolling military tanks.

Now, these all seem to trust the military will quickly return power to elected civilians. They rejoice that the mistakes of the past two and a half years are undone, offering a chance to start over. Islamists are invited to participate in the remaking of political order, but the sizable population of Muslim Brotherhood partisans feel themselves deeply cheated. It is hard to argue, no matter how poorly they performed.

But democracy is a fragile system. Will free and open elections return? If so, will street politics or violence continually threaten to abort it again? Will the military interfere continually? Will oppression return to the Muslim Brotherhood?

Perhaps the most important question is this: No matter their fears, would aggrieved non-Islamists have done better to work within the system, no matter how flawed?

This last question is of political strategy, and Egypt’s Christians have clearly answered “no.” What now of American Christians?

It is important to note that American democracy—though also flawed for much of our history—has peacefully rotated power for over two centuries. Egypt is still trying to find its feet after a revolution. The American constitution, after all, did not come into being until 13 years after independence.

Egypt currently is a political mess; within chaos, minorities are vulnerable. Christians have been used by all sides as a talking point. Liberals highlight their difficulties, the Muslim Brotherhood pays lip service to their equality, Islamist allies scapegoat them in conspiracies and the old regime propaganda—ever present—erects the extremist boogeyman to maintain order.

Within this picture, American Christians have little to identify with. Our two options mirror our dual identity: as Americans, esteem the democracy; as Christians, condemn the persecution. Unfortunately, neither option correctly describes Egypt. Either one is a false choice.

What then, is the Biblical choice? Consider these words of Paul, perhaps to balance his advice given above: “But everything exposed by the light becomes visible, for it is light that makes everything visible. This is why it is said: ‘Wake up, O sleeper, rise from the dead, and Christ will shine on you.’”

The American Christian responsibility is not to take sides, nor to assert abstract principles. It is to find out what is happening and support the light.

Does this latest episode help or hinder? Make Egypt visible, and then judge accordingly.

Jayson Casper blogs regularly about Egyptian religion, politics, and culture at A Sense of Belonging, and offers his prayer for the nation every Friday. He is based in Cairo, writing for Arab West Report, Christianity Today, Lapido Media, and others. Follow him on Twitter at jnjcasper. 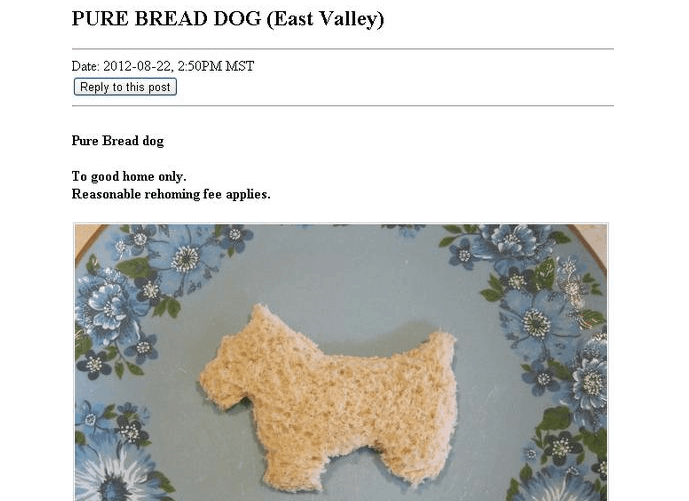