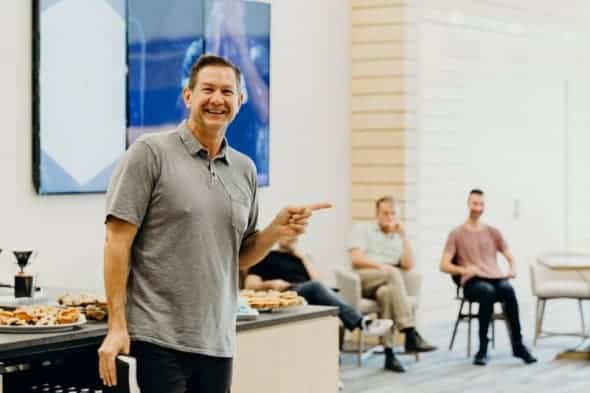 Chris Conlee, founder and now-former pastor of Highpoint Church, gave a farewell message to his congregation Sunday, days after announcing his resignation.

The church issued a statement saying Conlee would step down so the church could move forward from the shadow of Andy Savage’s resignation over sexual abuse. Following revelation’s of sexual misconduct in Savage’s past, the church initially had him in address congregation, where he received a standing ovation. Conlee later defended the church against critics who suggested that the mishandled how they treated Savage and his victim. Savage later resigned.

Before his farewell address, a church trustee told the congregation, “You may be confused. You may be frustrated.” A lot of us have sadness and you may be angry. We are not perfect … we’ve made mistakes. As a church we’ve made mistakes. With the best of intentions we are making mistakes right now we don’t know about yet. And with the best of intentions, we will make mistakes in the future. And what I would say to you now is we humbly ask forgiveness.”

Standing next to his wife, Karin, Conlee emotionally addressed the congregation:

“It’s hard to put into words what you want to say on a day like today … As we thought about what we want to say to you, the first thing that came to our mind is that we love you.”

This is Chris Conlee's goodbye at Highpoint Church this morning. Oddly, they never explained what they were doing or why!? I guess they just assumed that everyone read their email they sent out last week that he was suddenly leaving.