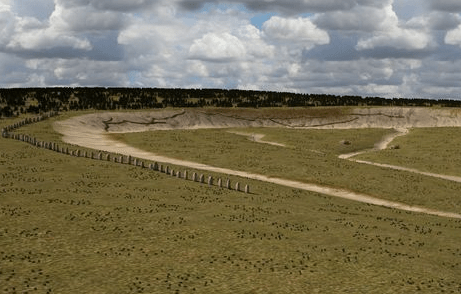 Researchers have found a giant circular monument made up of about 100 huge rocks, just two miles away from England’s legendary Stonehenge. Archeologists believe the structure is about 4,500 years old. It was discovered three feet underground using radar by researchers with the Stonehenge Hidden Landscapes Project. One of the archaeologists told The Guardian, “What we are starting to see is the largest surviving stone monument, preserved underneath a bank, that has ever been discovered in Britain and possibly in Europe.” Using their radar images, artists with the project created images of what they think the monument looked like. Researchers say the discovery completely uproots previous assumptions about the history of Stonehenge. Somewhere, the men of Spinal Tap are working on writing a new song.

Hundreds of Muslim Refugees Convert to Christianity in Germany

Sam Smith Has Recorded the Next ‘James Bond’ Song