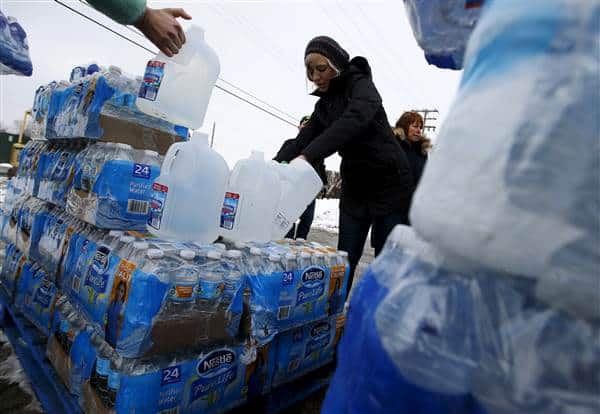 Four more officials in Flint, Michigan were criminally charged in the state attorney general’s ongoing investigation in the city’s lead-tainted water that currently is still unsafe to drink. This brings the number of people charged to 13.

The four officials charged include two former state-appointed emergency managers who ran the city and two city employees: a public works superintendent and a utilities manager. They’ve all been charged with felony charges of false pretenses and conspiracy to commit false pretenses—charges with prison sentences of up to 20 years, fines or both.

In his announcement, Attorney General Bill Shuette said: “The people of Flint are not expendable. … People who broke the law must be held accountable.”

Flint, a pre-dominantly black city in Michigan, has been in the spotlight for more than a year because of the public health emergencies caused by the contaminated water have continued. The attorney general has made it clear that the investigation is ongoing and that higher-ranking state officials are not exempt from charges. Many Flint residents have called for charges against Michigan Governor Rick Snyder, but he has publicly insisted that he does not think he did anything wrong.

The contamination could have started as early as April 2014 when an emergency manager decided to cut costs by making the Flint River the city’s water source. That water was more corrosive to the pipes which allowed lead into the drinking water.

City officials did not tell Flint residents about the increased lead concentration for months.

Flint Mayor Karen Weaver, who was uninvolved, is in support of criminal action being taken against the officials and said she was glad people were being held accountable.

In a statement, she said:

The leaders in charge at the time could have prevented this disaster, but they didn’t. They did not protect the health and well-being of the citizens of this city and that’s wrong. They didn’t even listen when residents spoke up saying there was a problem. That is how we got here and everyone who had a role in allowing this tragedy to happen must face the consequences of their actions.

Many people still do not have safe drinking water and as such, Flint was recently ordered to provide each resident with an allotment of bottled water per day. The city has pushed back against that order in favor of citizens using water filters instead.

There’s No Excuse Not to Help the People of Aleppo

The Deeper Meaning of Advent Can’t Be Ignored