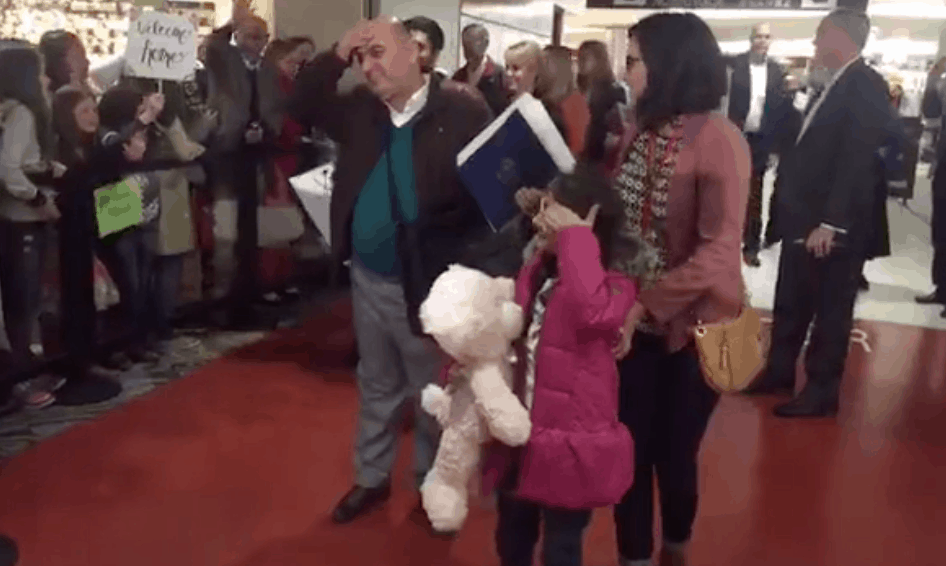 Last week, a Kurdish husband and wife and their three children were about to board a flight to the United States from Egypt, when President Trump signed an executive order, temporarily banning people from seven countries from entering the U.S.

After obtaining visas, the couple sold their home and cars, quit their jobs and prepared for a new life in the United States. When they were stopped boarding a U.S.-bound flight last week, they had no home, and were sent back to Iraq with nowhere to go.

This weekend, courts suspended the travel ban, and Fuad Sharef Suleman, his wife Arazoo Ibrahim and their children finally made the trip. They were greeted by a large crowd in Nashville, welcoming them to their new home. The video is touching.

He told the crowd,

Today is a very important day in my and my family’s life. It marks my first day of my new life in Nashville, Tennessee, United States of America. But your presence here and the amount of support that you have shown and your open arms make this day a very, very exceptional day for me.

You can watch the moving video of their arrival below.