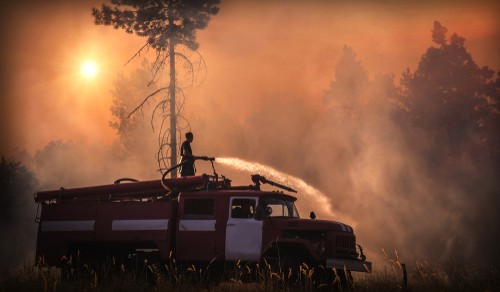 A massive brush fire has been blazing through South California in Ventura County, causing tens of thousands of people to have to evacuate.

A second smaller fire, referred to as the Sylmar fire, also erupted and burned through 11,000 acres.

Fires are breaking out across the so. Cal. Region… Be fire safe. Firefighters are working very hard to minimize damage to property. Evacuations are taking place in many places in Southern California

At least 10 houses and several trees have also been razed. According to CNN, more than 200,000 homes and businesses had their power lines burned and are without power. The vast majority of those homes had their power restored.

The fire has not yet been contained.

The explosive nature of the #ThomasFire can be seen on nighttime satellite imagery. https://t.co/9ZCzuOOF4J pic.twitter.com/vDtcea7vem

Thousands of people will need help once the fire is extinguished. Be on the look out for reputable organizations accepting donations of all kinds.

Success, Addiction and the Freedom of Walking Away