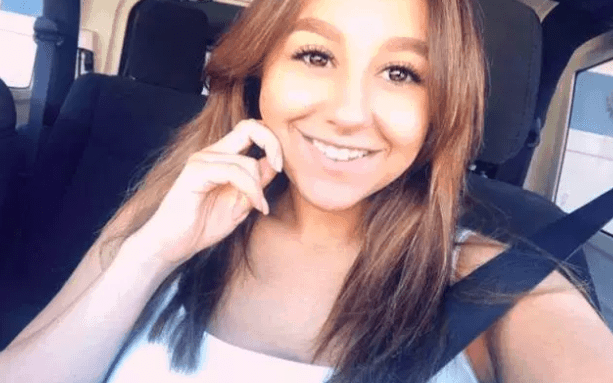 ‘Red Dead Redemption 2’ and the Weight of Glory

Stories continue to pour in about the lives lost at Borderline Bar and Grill in California, where a gunman took a dozen lives, including his own, in the United States’ most recent mass shooting. Among those who died are a 29-year veteran of the police force, a Navy veteran who’d escaped last year’s mass shooting in Las Vegas and an 18-year-old freshman at Pepperdine. Here are some of the stories.

Alaina was an 18-year-old freshman at Pepperdine University. Her family said she was “kind, smart, beautiful and respectful,” and noted that she would have “enjoyed the debate” taking place around the shooting. Among her family is her aunt, Tamera Mowry-Housley, the former Sister Sister star.

Justin was a 23-year-old student at California Lutheran University who’d been at the bar with his little sister. According to his family, a number of eyewitnesses said that Justin died trying to save others. He loved to sing, and volunteered Channel Islands Social Services, putting on in-home performances for children wth developmental disabilities.

Cody was 23 years old, with two little brothers and a little sister on the way. He was talking to recruiters about joining the Army. His father, Jason, gave a profoundly emotional statement to the press, which you can watch here. “I talked to him last night before he headed out the door,” Coffman said. “The first thing I said was don’t drink and drive. Last thing I said was ‘son, I love you.'”

A 29-year veteran of the force who was looking forward to retiring in the near future, Helus was shot while responding to the shooting. He died later in the hospital. He was a husband and father. “Ron was a hard-working, dedicated sheriff’s sergeant,” Ventura County Sheriff Geoff Dean said of Helus, who was a friend. “He was totally committed. He gave his all. And tonight, as I told his wife, he died a hero.”

48-year-old Sean had recently started his dream business: a small coffeeshop called Rivalry Roaster in Simi Valley. He was still working as a bouncer at Borderline Bar and Grill to make ends meet, where he was shot and killed. He was the father of a 12-year-old and a 17-year-old who helped out around the coffeeshop, and had helped train young athletes at a nearby high school. Witnesses said he died trying to disarm the shooter.

Telemachus, or “Tel” to friends, was a Navy veteran. In a particularly heartbreaking note, Tel had escaped the mass shooting at a country music festival in Las Vegas last year, only to be killed on Wednesday night at Borderline. “I hope to God no one sends me anymore prayers,” his mother told reporters. “I want gun control. No more guns!”

21-year-old Blake Dingman was a graduate of Hillcrest Christian School, where he’d been a baseball player.“We were really proud of him,” his aunt Janet Dingman told the Press Enterprise. “He was a really, fun, energetic and loving nephew.”

Jake was 21 years old, and good friends with Blake Dingman, who was also killed in the shooting. Jake’s father, Ken, told NBC that he spent the night of the shooting trying to reach his son. “I keep calling it but there’s no answer,” he told NBC Los Angeles. “It just keeps ringing out.”

United Methodist Church Westlake Village confirmed via Facebook that 21-year-old Noel was among the victims. Westlake’s Rev. Dr. Walter Dilg told reporters that Noel had grown up in the church and been active in the youth group, but had started attending a different church once she started college. “She was always an angel in class, to her classmates and her family,” a former teacher of Noel’s said on Facebook.

Kristina was an employee at Borderline where she worked as a cashier. “Kristina was always the nicest girl,” her friend Brandon Bohning told The Sun. “She never had a frown on her face – it was rare. She always had a positive attitude about everything. She never picked on anyone growing up.”

Daniel was a 33-year-old Marine veteran whose Facebook profile was full of patriotic memes and posts about loving his country and his fellow vets, with who he’d served in the Middle East. His brother Marcos told reporters that Daniel had been in the parking lot when he heard gunshots and ran into the bar to try and help.

Mark Meza Jr, known as Marky, was a busboy at Borderline. He would have turned 21 on November 19. “Marky was a loving and wonderful young man who was full of life and ambition,” his family said in a statement. “His family is devastated by his loss.”

CNN Is Suing the White House for the Acosta Incident

Rikers Island Is Poised to Be One of the Major Coronavirus Tragedies in the U.S.

COVID-19 and Our Opportunity