There is a lot of misunderstanding about the so-called “crime wave” facing American cities in the news media right now, the first one being that there even is a crime wave. True, crime ticked up during the 2020 pandemic, but that followed a lengthy plummet that began in the 1990s and continued until the last few years. Americans are generally much safer today than they were 20 years ago, let alone 30. Nevertheless, the slight recent uptick has the media frothing at the mouth, and one target is getting most of the blame: cities. 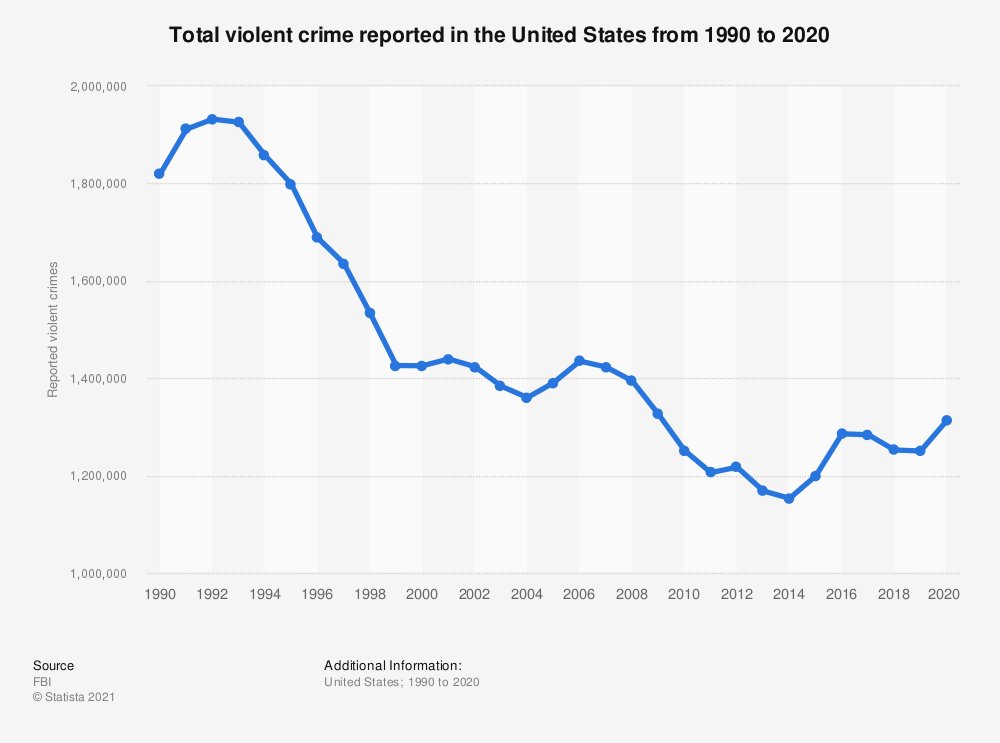 But now, a report from the Wall Street Journal says it’s just not that simple. For example, homicide rates in rural America spiked 25 percent according to Centers for Disease Control and Prevention. That’s not far behind the 30 percent increase urban areas saw. In other words, whatever slight bump affected places like Chicago, San Francisco and New York City is happening in the small towns of South Carolina, Montana and Arkansas too.

That makes it a little harder to make an uptick in violent crime rates a strictly partisan issue, since it seems to be impacting both red and blue states. It makes COVID-19 a more likely culprit than any one political party, since the disruption caused by the pandemic removed access to many of the social bonds that we rely on to maintain order and flourishing were blocked off.

At the end of 2020, an American Farm Bureau Federation poll found that two-thirds of adults between 18 and 44 said they experienced more mental health challenges than they had the previous year. In the summer of 2020, the CDC found that 12 percent of adults in rural areas said they’d been turning to drugs or alcohol more to cope with stress. Long story short: The pandemic did a real number on us.

The CDC is still assessing data from 2021, so it’s not clear whether the 2020 spike was a brief bump, part of a new norm or the beginning of a troubling trend. The WSJ reports that crime has receded in some places while it has remained steady at this new, slightly higher rate. Until we know more, it’s difficult to pinpoint the exact solutions to a crime rate trending the wrong direction. But the first step is acknowledging the real scope of the problem and to do that, we’ll have to give up the idea that this can be reduced to a strictly Republican or Democratic issue.