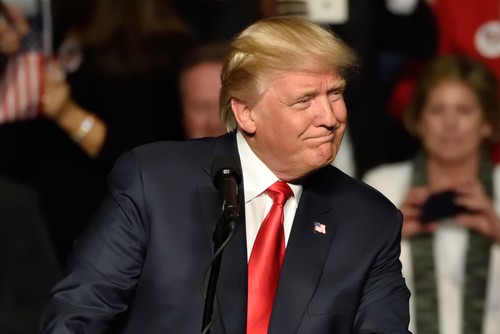 President Donald Trump has taken to Twitter to express his support of what he called “Bible literacy classes” in public schools, expressing his belief that the call to offer the Bible as part of a standard educational curriculum  “great.”

As The Hill noted, the Tweet came just minutes after North Dakota Representative Aaron McWilliams appeared on Fox News to talk about his state’s efforts to add the Christian and Hebrew Bibles as options to state school curriculum. “I’m sympathetic to the challenges of finding a teacher to teach the course,” McWilliams said in an interview with the Grand Forks Herald. “But if someone wants to teach it … the school shouldn’t be stopped from doing it.”

And North Dakota isn’t alone. According to Splinter News, five other states are weighing similar measures for their own state curriculum, and three failed to pass in 2018. In 2017, Kentucky successfully passed a “bible studies” bill, which created guidelines to help public schools offer biblical electives.

Trump’s support of Bible literacy classes is sure to offer measures like one being weighed in North Dakota a big boost, although some of his past biblical literacy gaffes may come back to haunt him.