A new study from PRRI is charting how Americans are feeling about immigration which, according the poll, remains an important issue for most voters on both sides of the political aisle. The majority of Americans support a path to legal citizenship and more welcoming immigration policies in general, but there is one notable holdout: White evangelicals. 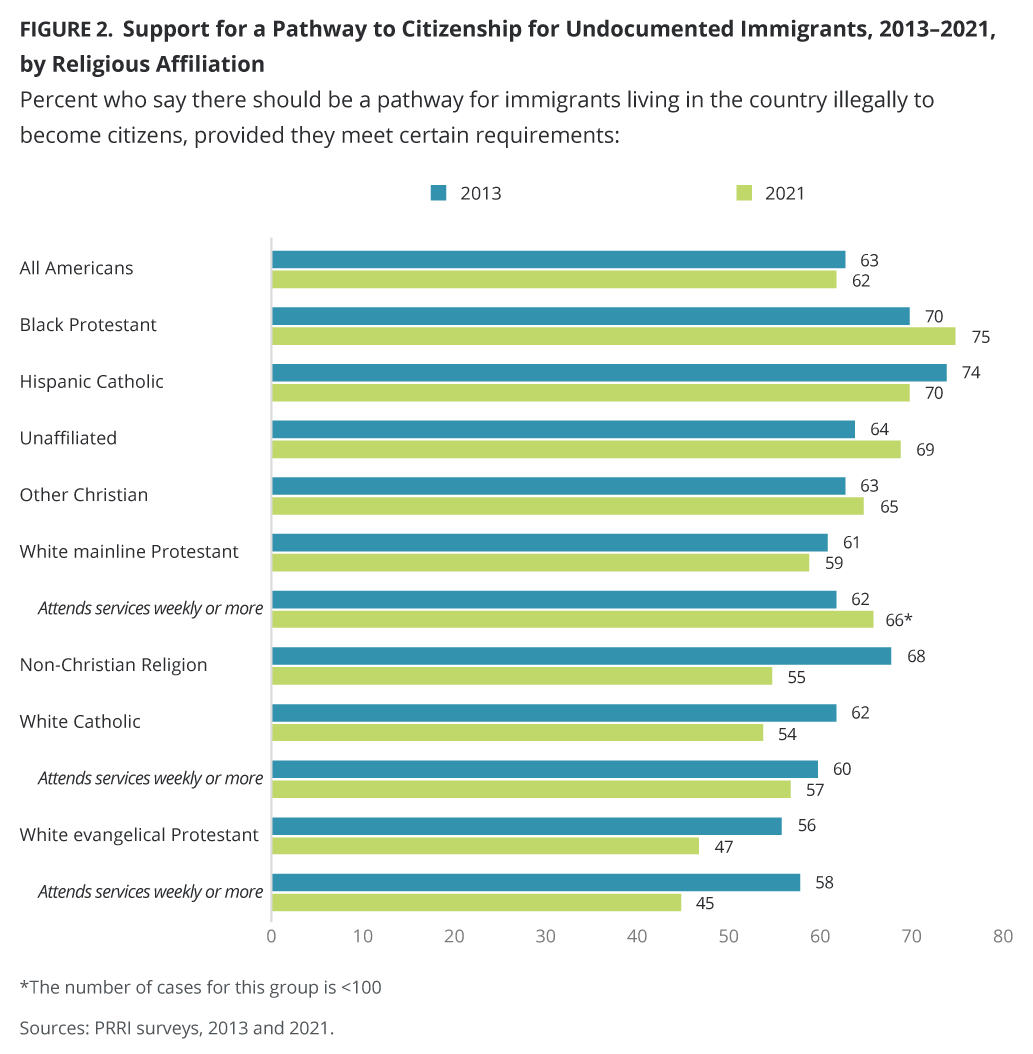 Evangelical Report: Fighting Climate Change Is a Great Way to Love the Poor

Overall, the number of Americans who support citizenship for undocumented immigrants has remained more or less unchanged over the last ten years.

Immigration was one of the most divisive and strident issues of former President Donald Trump’s presidency, and while President Joe Biden vowed to roll back many of his predecessor’s more extreme policies, his agenda has stalled. He doesn’t have the votes for broader legislative reform and despite raising the 2022 refugee cap to 125,000 after Trump’s historic low, his administration admitted fewer than 12,000 refugees in 2021 — the lowest number ever.

Spotify Is Sticking With Joe Rogan