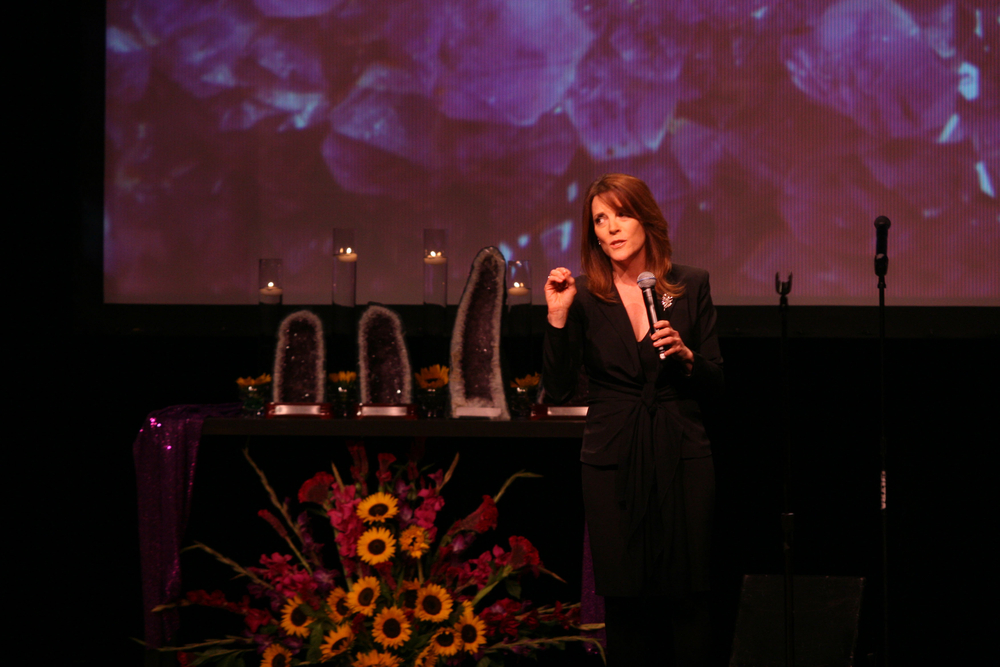 If you watched Thursday night’s Democratic debates, you may have been introduced for the first time to Marianne Williamson, an author, self-help speaker, avatar of the big New Age/spiritual/wellness movement of the late 90s and now, candidate for the presidency. She’s written a lot of books, four of which have hit the top spot on The New York Times Best Sellers list, and guested on programs like Oprah, Good Morning America and Real Time with Bill Maher. Gwyneth Paltrow called her a “spiritual legend.”

Nevertheless, Thursday night was many Americans’ first time seeing her, and Williamson didn’t exactly dazzle out of the gates. She took a lot of flack on Twitter for dismissing plans and policy as “superficial” and saying her first act as President would be to call New Zealand Prime Minister Jacinda Ardern, who once said New Zealand is the best country on earth to raise a child, and tell her: “Girlfriend, you are so wrong.”

Williamson is big into spirituality, but not of the easily identifiable type. On Twitter, Buzzfeed News reporter Ellie Hall dug up some of Williamson’s tweets about spirituality and …whew.

You get the idea.

In an interesting Buzzfeed News profile by Katherine Miller, Williamson outlines some of her platform, which does include more than just elevating Avatar to its rightful place in the American film canon. She’s a Democrat, but thinks Democrats need to be more patriotic (“That’s how the left lost the heart of America,” she said. “Too cool to be patriotic. Really?”), she has put forward some actual numbers on a plan for racial reparations ($200 – $500 billion, dolled out over the next twenty years by a council of black leaders) and thinks capitalism has gotten out of control. None of that is necessarily radical among this particular crop of Democratic hopefuls, but her spiritual vibe sets her apart from the pack.

Whether or not it’ll set her apart enough to attract the attention of voters remains to be seen.

The Church Needs Single People As They Are