By most estimates, tens of millions of humans around the world live in slavery. And often, this slavery looks more complex than that of 19th-century America. Today, slavery takes the form of sex trafficking (including children), bonded labor, (involuntary) domestic servitude, child soldiery and more.

This year, a bipartisan group of politicians want the United States to do something about it. A group of congressmen introduced the End Modern Slavery Initiative Act of 2015, a piece of legislation aimed at ending the world slavery crisis.

The act proposes a three-part policy: (1) “to marshal resources to seek to bring an end to modern slavery;” (2) to facilitate flexible funding from both government and private grants; and (3) to engage countries with a “high prevalence of modern slavery” in order to help them receive assistance under the act’s End Modern Slavery Initiative.

The bill calls for the formation of the End Modern Slavery Initiative Foundation, which would work with government and private organizations in “key jurisdictions” of high-prevalence countries to “identify and fund successful strategies to combat modern slavery.” The U.S. government would commit $250 million during seven years, with additional grant-funding based on a country’s prevalence and outcomes.

“The Act is designed to leverage limited U.S. foreign aid dollars by requiring that U.S. contributions are matched with both public and private funding,” says Holly Burkhalter, vice president of government relations and advocacy at International Justice Mission. “Resources will be directed toward creating sustainable law enforcement capacity so governments of slavery-burdened countries can actually take the fight to the traffickers and slave owners.”

Burkhalter says the End Modern Slavery Initiative Act of 2015 is the most significant anti-slavery legislation since the Trafficking Victims Protection Act of 2000. “If it is enacted and funded,” she says, “it will make an inestimable contribution to ending one of the most durable and loathsome crimes in the human experience.” 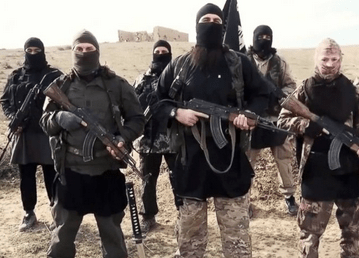