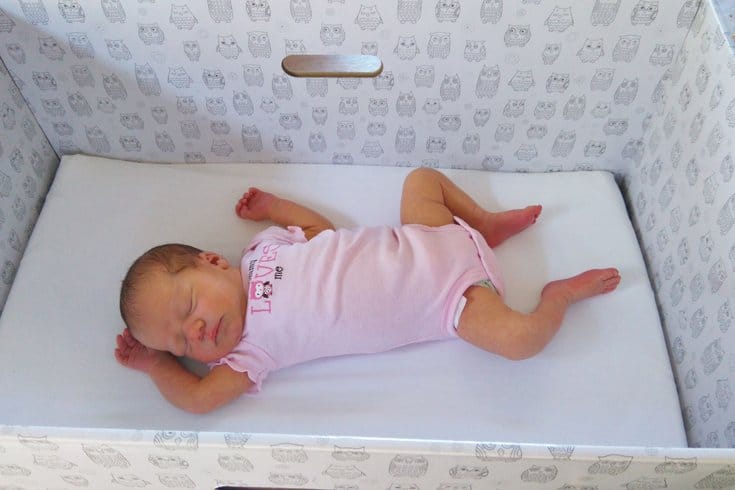 New Jersey will be the first state to send new parents home with a “baby box” for their newborn that is filled with newborn essentials and could also be a bed.

The baby box originated in Finland as a way to stem the rate of Sudden Infant Death Syndrome, which is a part of America’s abnormally high infant mortality rate. The United States is 23rd in the world with 6.5 deaths per 1,000 births, putting it behind many industrialized countries.

Many of those deaths happen during sleep, which is why the baby box doubles as a safe bed for the newborn.

Finland has been doing baby boxes for about 80 years and researchers have linked it to being the reason why Finland has the world’s lowest infant mortality rate at 1.3 deaths for every 1,000 births.

Expecting parents have to register online, take a short class and a short quiz and then are able to decide whether they want to pick up the baby box or have it delivered. The box will come with diapers, a onesie, baby wipes and breast pads and nipple cream for breastfeeding.

Philadelphia’s Temple University and Los Angeles give out baby boxes, but the New Jersey initiative to give out 105,000 boxes this year will be the first statewide plan. The baby box company also operates in 12 other countries.

Generosity Isn’t About How Much Money You Have

Bible Verses to Help You Get Through