The Donald is in. The cameo dad from 1996’s The Little Rascals, the same guy who hosted The Apprentice a decade later, will be the next president of the United States.

Whether you’re indifferent, appalled or thrilled, odds are you’re surprised. Throughout most of the day yesterday, almost all election coverage predicted an intensely narrow chance of Republican nominee Trump defeating his Democratic opponent Hillary Clinton. But his supporters—and most likely Clinton detractors—voted in record numbers and the business mogul pulled off a decided victory.

Just look through your social feeds, people are going through a fair amount of angst about this election today—about the results or about the pressure of victory. For Christians in 2017, two clear challenges are going to be holding the new GOP—which is now the most powerful political party since 1928—to the pro-life promises on which most candidates ran, and to stand up for refugees (and against any form of religious or ethnic profiling).

The next season of America will require from Christians something deeper than policy questions. Acceptance and concession speeches talk about it, but our divided country needs the kind of hope and healing only found in the Gospel of Jesus Christ.

Those of us who follow Jesus must to figure out what it means to be Christians within fractured communities—fractured in ways that run deeper than political ideologies. For the foreseeable future, we’ll face nuanced and shifting questions. Answers to some of these aren’t easy, but where we start is actually simple.

Read the Bible, pray and serve your local church.

Remember, neither the Greatest Commandment nor the fruit of the spirit changed last night. The person who sits in the Oval Office can’t affect what the Christian life is about. Trump, Clinton or outright denial, we Christians should, as the apostle Paul says, “make it [our] ambition to lead a quiet life.” He says: “You should mind your own business and work with your hands, just as we told you, so that your daily life may win the respect of outsiders and so that you will not be dependent on anybody.”

Right now, one of the most powerful things we can do is quietly be about loving God and loving those around us—Nebuchadnezzar, Democrats, Republicans and Romans have nothing to do with that.

Work for peace and unity.

Maybe the one word no one can use to describe this election cycle is “peaceful.” And yet Jesus calls his followers not only to peaceful but to work for peace around us. In the Sermon on the Mount, Jesus says, “blessed are the peacemakers, for they will be called children of God.” Put a little differently, God calls those who work for peace His children—it’s an indication of His favor.

Of course, acknowledging Jesus’ words is easy. The task we face is to live out this teaching amid a hurting, confused and triumphalist country. I don’t know what that looks like in every instance. As foundation, we have to remember that those around us are people, not story-less voting blocs. The Scriptures teach us to see people like God does, as those made in His image and who matter eternally.

If we keep that perspective in front of us, then we’ll have a great start in working for peace.

Remember your trust isn’t in your politicians—or the lack of them.

But neither perspective represents what the Scriptures teach about politics and human rulers. The Psalmist instructs us not to “put your trust in princes, in human beings, who cannot save.” The writer goes on:

When [these human princes’] spirit departs, they return to the ground;
on that very day their plans come to nothing.
Blessed are those whose help is the God of Jacob,
whose hope is in the Lord their God.
He is the Maker of heaven and earth,
the sea, and everything in them—
he remains faithful forever.

From all indications, president-elect Trump will usher in a new reality for the country. But whether you’re for or against this reality, it’s only temporary. But our ultimate hope rests far more securely. 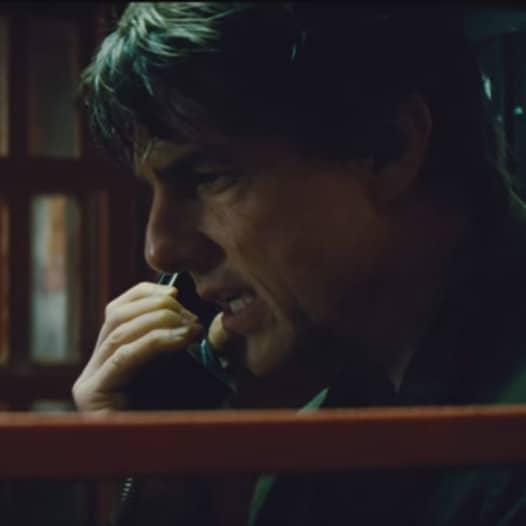 Yet Another ‘Mission Impossible’ Is in the Works