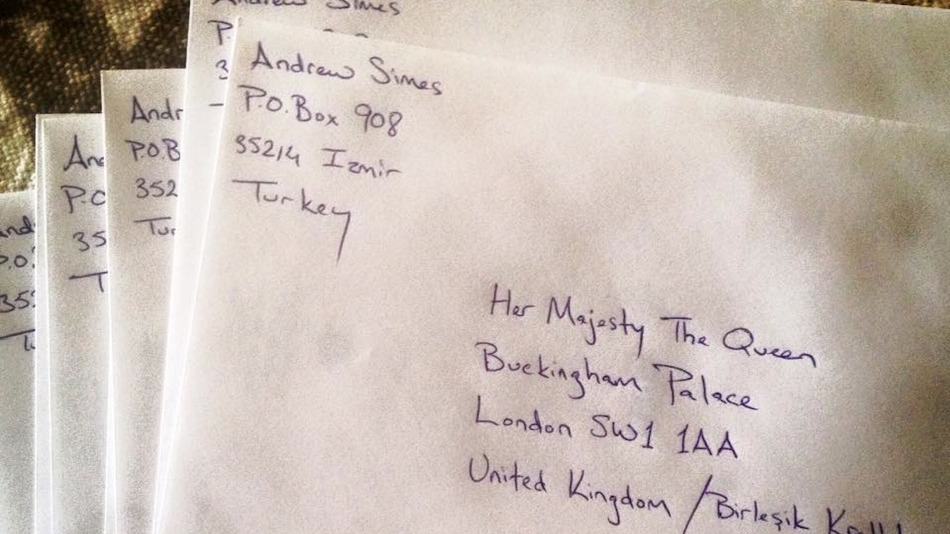 In case the work-week has you down already, here’s some Christmas merriment that proves sometimes, small acts of kindness pay off big. Andrew Simes’ grandfather has been sending Christmas cards to Queen Elizabeth II every year from 1952 to 2011, the year he died. After 2011, Andrew took over for his grandfather. Not long after, her highness noticed the difference and replied, saying: “When I received a letter from a different Simes this Christmas, I instructed my office to research your grandfather’s whereabouts. Therefore it is with much sadness, I have learned of his passing and extend my condolences to you and your family.” Andrew posted about the exchange and his grandfather’s history with the queen in a Facebook post:

Ever since Grandpa could remember, he made sure to send a Christmas card to his king/queen. So naturally, since 1952, Elizabeth II kept receiving his mail. As chance would have it, their paths crossed at a reception in Izmir, Turkey in 1972. When it was his turn to be introduced to the Queen, instead of a formal handshake, she paused, smiled, and quipped: “So its you who keeps sending me those lovely Christmas cards.” Of all her subjects, Grandpa stood out (perhaps because he mailed his letters from Turkey), but what a memory and level of kindness on the Queen’s part. She even wrote him to congratulate him on his 100th birthday.

It just goes to show that even the most stoic of people can be touched by kind-hearted gestures.

Reese’s Takes On Haters of Their ‘Tree-Shaped’ Snacks