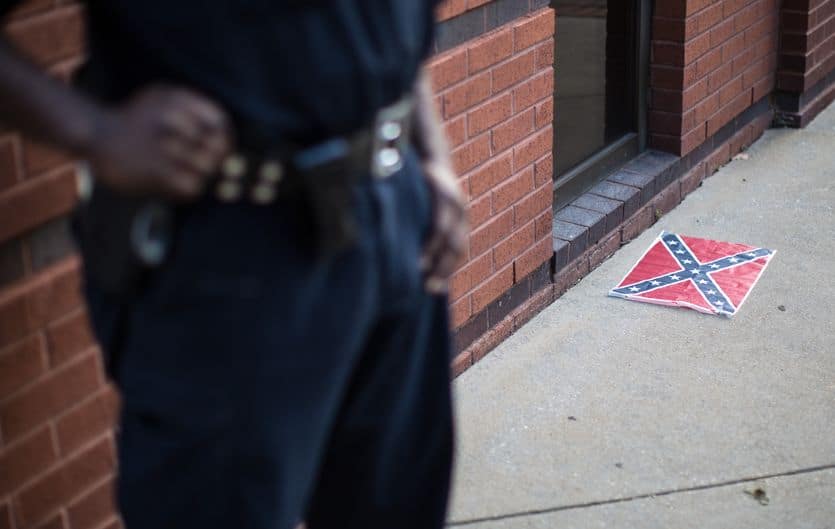 The perpetrator(s) placed the battle flags right below a “Black Lives Matter, Hands Up” poster at Ebenezer Baptist Church—the historically black church in Atlanta, Georgia, where Martin Luther King Jr. once preached. In a statement, Raphael Warnock, pastor of Ebenezer, said the flags represent “a terrorist act meant to intimidate.” He equated the littering to placing Swastikas around a Jewish synagogue. “Let the message go out that we will not be shaken by this,” said Warnock, who has been outspoken about recent race-based acts of violence like police shootings and the Charleston shooting. “We will not be intimidated.” Federal and local authorities are hopeful that the church’s surveillance cameras will help identify suspects.

This 18-foot Python Could Eat a Deer

How to Navigate Tough Conversations