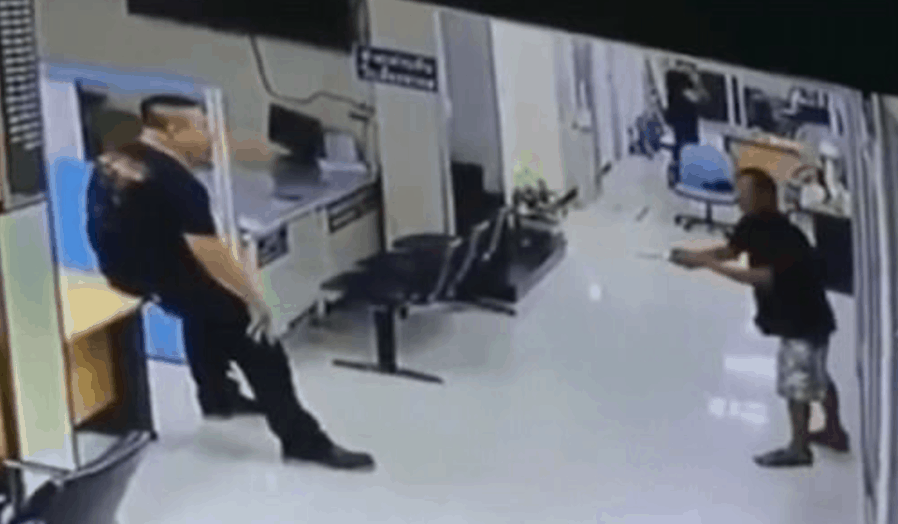 A video is circulating of an extremely tense interaction at a police station in Bangkok, where a man entered, armed with a knife, and threatened an officer.

What happened next is both somewhat shocking and also moving.

The officer listened to the distraught man, convinced him to hand over the knife and gave him a hug. The officer told a Thai news outlet that the man was a musician who had his guitar stolen and was under a tremendous amount of stress after also not being paid at his job. He said, “I heard him out and sympathized and said I had a guitar to give him, and suggested we go out for a meal together.”

The man reportedly received a mental health evaluation and officers decided not to press charges.

Attacker pulls knife on officer, what happens next has the world amazed.Share to honor this officer's bravery ?