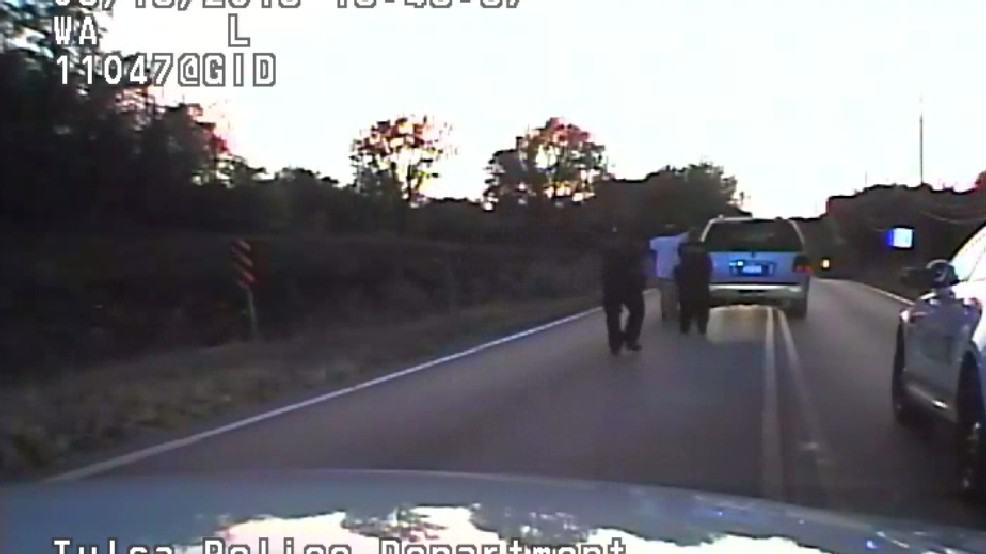 This time, even police officials seem at a loss as to why any force was used at all.

Apparently, 40-year-old Terence Crutcher’s SUV stalled in the middle of what looks like a secluded street in Tulsa, Oklahoma. When Tulsa Police Department officers Betty Shelby and Tyler Turnbough, both white, arrived to check the vehicle in the middle of the road, they reportedly encountered an uncooperative Crutcher.

Based on a dashcam video—released by the police department—from offers who arrived a little later for backup, the situation somehow deteriorated to the point where Shelby had her gun drawn and Turnbough a stun-gun. Then Shelby fatally shoots Crutcher.

A spokeswoman initially said Crutcher refused orders to put up his hands, but the video released shows Crutcher’s hands raised high. He has no weapon, either on his person or in his vehicle.

You can watch the video here, but—warning—is graphic.

Both officers are currently on paid leave, while both the Tulsa Police Department and the United States Department of Justice review the case.

Police Apprehended Their Suspect in the Manhattan and New Jersey Explosions