We cage things we don’t understand.

We take away names, replace them for numbers and call the locked away “bad” while believing the rest of us are “good.” With disregard, we have no compassion for anything or anyone imprisoned. It is this lack of compassion that results in thousands of inmate deaths each year.

Take for example the footage released of Michael Sabbie’s death at the hands of prison guards who neglected his cries for help. After leaving a court hearing, Sabbie experienced a shortness of breath. A few words exchanged between Sabbie and a prison guard resulted in his being pinned to the ground while breathless pants for help went ignore. He later died.

Similarly, Terrill Thomas was found dead in his cell after dying of dehydration. Prison officials had turned off the water in his unit as a form of punishment.

These incidents point to America’s apathy towards the incarcerated, apathy the Church should refuse to participate in. In our country, and our world at large, we need more than criminal justice reform. We need mercy.

The Land of the Free

In America, our prison system has grown wildly problematic, crippling millions of women and men from experiencing the redemption God has purchased for everyone.

Today, there are an approximated 2.1 million people locked away in state or federal prisons.

As Christians, we should not passively stand on the side of respectability politics that suggests this rate of incarceration is necessary or acceptable. We were once imprisoned to the bondage of our sin. It was God’s heart poured out in the Gospel and hung on the cross that freed us and because we are free we have a responsibility to advocate for those who are still in spiritual and physical bondage.

If we’ve forgotten our mandate, we need only look to Luke 4:18 where Jesus stands in the synagogue recalling the words of Isaiah, “The Spirit of the Lord is upon me because He has anointed me to proclaim good news to the poor. He has sent me to proclaim freedom for the prisoners…to set the oppressed freed.”

The cost of our silence is too grave. For those imprisoned there are psychological, physiological, emotional and spiritual infractions left lurking in the secrecy of our nation. Where we see growing incidents of solitary confinement—according to the Equal Justice Initiative about 75,000 people are held in confinement—we also see increasing cases of anxiety and deep depression.

There is no humanity in America’s approach to rehabilitation or in our Church body if we accept this as the norm.

The U.S. justice system has been built on a precedent that assumes perpetual guilt. But policy makers take little responsibility for creating a system designed for offenders to repeatedly fail. Going further, our culture is rarely accountable for demanding better treatment and rights for law breakers.

The implications of a single prison sentence could strip individuals of the right to vote and make it harder to find employment and adequate housing. Where we assume someone is inherently bad because they find themselves back in jail is more often than not the result of minimal choices.

Worse, the structure of our prison system is doing nothing to help former inmates reintegrate into society, leaving them branded with the haunting identity of criminal to follow them in their days long after incarceration.

The labels we are given are the ones that frame the way in which we see the world. Even outside of the bars of a prison, our justice system keeps offenders imprisoned; enslaved to a false identity.

The Bible points to a similar story in Exodus. The Israelites had been enslaved for more than two centuries; their backs broken by whips and their souls crushed under the weight of Pharaoh’s mercilessness; their identity as the children of Abraham—God’s chosen people—shadowed by their new title as slaves.

Scripture says the Israelites prayed to God and He heard their cries. God turned with mercy, to the oppressed. It is this same posture God has taken towards His people—every one of us—since the beginning of time. He does not look at our pasts and call us guilty. No, God gives us a new name and identity. Of His church, He says we are a holy nation and a royal priesthood. What would it look like if we took the same approach to reform of our justice system for those who have broken the law? What if instead of calling them criminals, we spoke of the new identity offered to them in Christ, the one who can make them redeemed?

There are people who need to be in prison because they pose a threat to society. Most prisoners, however, would be set on a path of restoration through structured rehabilitation services. Most prisoners are facing prison sentences far exceeding the nature of the crime.

For example, a drug offense in America carries a five- to 10-year sentence. For true justice reform to take place in America, we have to be willing to look to the hearts of those who are dangerously teetering the wrong side of the law. Systems must be put into place to help them navigate to a better version of themselves—save that there are also real systemic injustices also needing to be addressed, which has led to unfair prison sentencing. Bad decisions should not warrant imprisonment and marginalization.

For true reform, we must rethink the approach to the justice system. The undercurrent of the system must be impassioned with mercy, the very mercy God has for each of His children. Only mercy will allow us to provide our most vulnerable citizens with the grace to change. And only mercy will help us to see them as individuals beyond their actions. Only mercy will help us create an environment of openness and forgiveness.

Last year, the Justice Department announced it would end its use of privatized prisons. This is certainly a step in the right direction of creating a balanced justice system—one in which big businesses cannot capitalize on people’s lapses in judgment. But there is still a long way to go.

If, in America, we are to be one nation under God we must model that very God who faced a depraved generation, pointed us to living water, set us free and said sin no more. 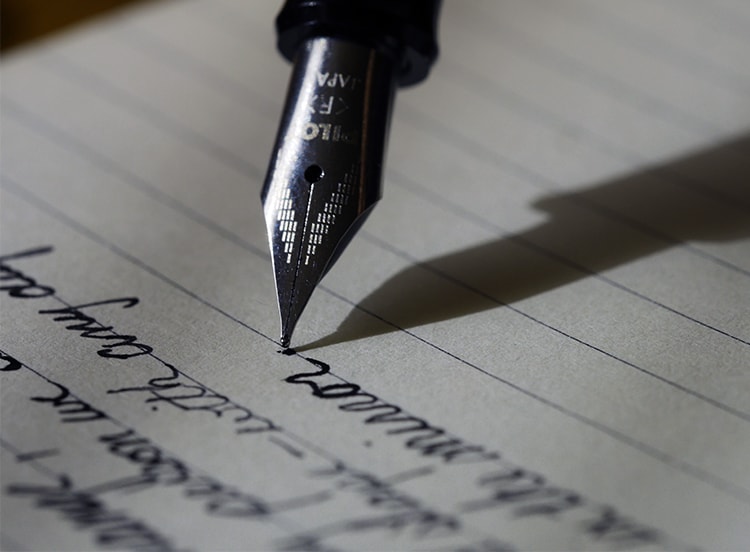 Writing a Letter Is an Act of Love