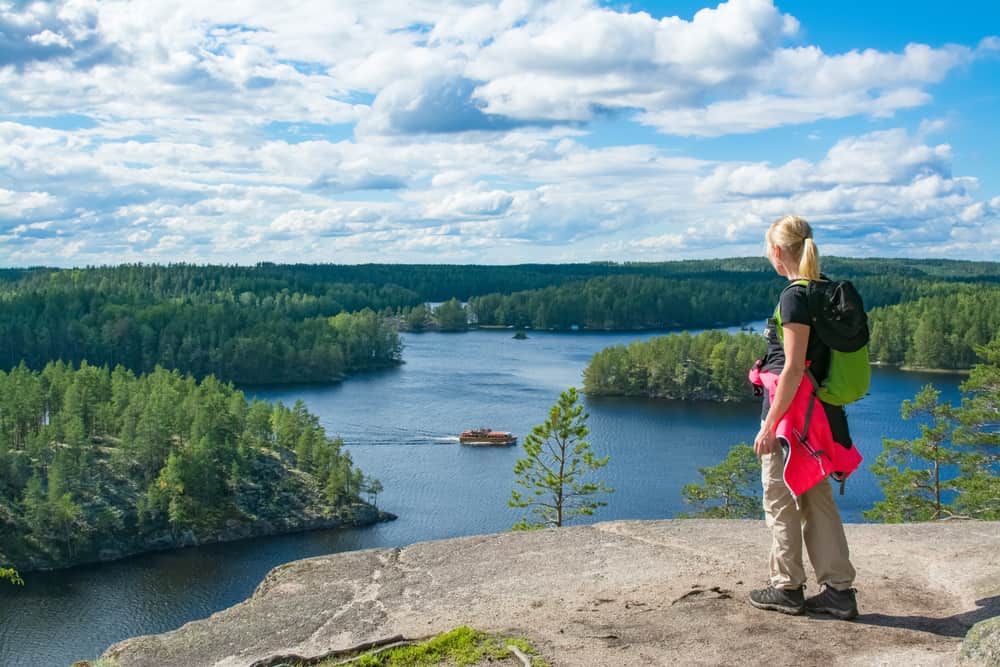 People are constantly seeking happiness. Moving to Finland may help with that pursuit.

This year’s World Happiness Report determined that Finland is the world’s happiest country, followed by Norway, Denmark, Iceland, Switzerland, the Netherlands, Canada, New Zealand, Sweden and Australia. As proof that happiness may not be as fleeting as we think, the same 10 countries made up the top 10 last year, just in a different order. Norway was No. 1 and Finland No. 5.

The United States placed 18th of the 156 countries ranked, a drop from 2017’s No. 14 and 2016’s No. 13. No. 18 is considered low compared to other world-leading nations. The United States’ economy ranks high, but on social issues—life expectancy, suicide rates, public health, inequality, confidence in the government—it ranks low.

“I think there really is a deep and very unsettling signal coming through that U.S. society is in many ways under profound stress, even though the economy by traditional measures is doing fine,” Jeffrey D. Sachs, an editor of the report, told The New York Times. “The trends are not good, and the comparative position of the U.S. relative to other high-income countries is nothing short of alarming.”

The annual report comes from the United Nations Sustainable Development Solutions Network and is based on Gallup International surveys. Thousands of peoples are asked to “imagine a ladder with steps numbered 0 to 10 and to say which step they felt they stood on.”

Sachs also mentioned that the happiest countries are fundamentally different philosophically from the United States. Several of the countries in the top 10 are social democracies, which “believe that what makes people happy is solid social support systems, good public services, and even paying a significant amount in taxes for that.”

The report also focused on immigration and its affects on happiness. It found that a country’s immigrants tend to be as happy as the whole population—for better or worse. Which, according to one of the report’s editors, shows that “people essentially adjust to the average happiness level of the country they’re moving to.”