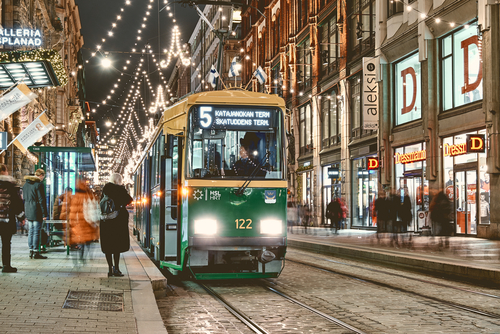 The European Union is struggling mightily with a massive, tragic problem: homelessness. Over the last year in the UK, the number of people sleeping in the street or a car rose by 7 percent. In Germany, the homeless population has grown by 35 percent over the last two years, and by 50 percent in France. In fact, homelessness is on the rise in every single country in the EU except one: Finland.

Between 2008 and 2015, the number of people experiencing long-term homelessness in Finland dropped by 35 percent. In 1987, Finland estimated that it was home to some 18,000 homeless people. By 2017, officials put that number at about 7,112 — 84 percent of whom aren’t even on the street but are just temporarily staying with friends or family.

It’s not an accident. About 10 years ago, Finland radically rethought its approach to tackling systemic homelessness. The solution it came up with is almost ludicrously simple: give homeless people a home.

It’s called the “Housing First” initiative, and it’s based on the idea that any social, substance or health issues a homeless person might be facing are much easier to deal with if they have a place to stay first.

As the World Economic Forum puts it:

There can be a number of reasons as to why someone ends up homeless, including sudden job loss or family breakdown, severe substance abuse or mental health problems. But most homelessness policies work on the premise that the homeless person has to sort those problems out first before they can get permanent accommodation. Finland does the opposite — it gives them a home first.

It’s a tiered program. Homeless people are given permanent housing on a normal lease. That housing looks different for different people, running the spectrum from self-contained apartments to a housing block with 24/7 support systems in place. All tenants receive tailored support systems like financial counseling services and housing advisors.

If that sounds like a lot of work, well, it is, and it took a broad coalition of the Finnish government working with volunteers, municipalities and NGOs to make it a reality. And, of course, it wasn’t cheap on the front end, but according to Juha Kaakinen, Chief executive of Y-Foundation, a social enterprise that provides housing to Housing First, the long-term benefits will outweigh the initial investment.

“All this costs money,” he told The Guardian. “But there is ample evidence from many countries that shows it is always more cost-effective to aim to end homelessness instead of simply trying to manage it. Investment in ending homelessness always pays back, to say nothing of the human and ethical reasons.”

This leads to the obvious question: is Housing First scalable to other countries within the EU and even abroad? That’s a tricky subject, filled with hypotheticals. One government study commended Finland’s approach but was dubious about whether or not it could be replicated in other European countries. But another study from a homeless charity called Crisis found that Housing First would be five times more effective in the UK than existing services.