The value of the life of a girl is often measured by the men who reign in the country where where she is born. If she is even given the chance to be born in some countries, her value is often less than that of a boy. But if she is born in Taliban-controlled regions of Afghanistan and its bordering mountainous regions of Pakistan, her life is smothered by oppression. If she dares to cross the threshold of her home to simply get an education, she does so at risk of her own life—as Malala Yousafzai has just shown the world.

In great struggles that come to light on the world stage, there is usually a protagonist with whom we can identify, with whose story we can feel compassion. In the struggle for the rights of females in her country, that protagonist is Malala Yousafzai.

This bright-eyed, poised 14-year-old was targeted by masked Taliban gunmen who boarded her bus on the way home from school, and was shot, leaving her fighting for her life in a struggle she began in her beloved Swat Valley three years ago.

After the shooting, a Taliban spokesman said his organization considers Malala’s crusade for education rights an “obscenity.” And not only that, but if she survives, the group promises to try to kill her again.

Malala, named after a mythic female figure in Pashtun culture, once dreamt of becoming a doctor. But then she became interested in politics to end the crises that have threatened to destroy her country for years.

She came to public attention in 2009 as the Pakistani Taliban swept through her valley home, once a beautiful vacation spot famous for its music and tolerance, and unleashed a wave of violence. Her father ran one of the last schools standing that defied Taliban orders to end female education. Malala began writing on her blog about her struggle to be educated under daily threat and danger.

“She symbolizes the brave girls of Swat” said Samar Minallah, a documentary filmmaker. “She knew her voice was important, so she spoke up for the rights of children. Even adults didn’t have a vision like hers.”

Malala isn’t the only one who has been harmed for holding on to her rights. Other young girls in the region have also been targeted by bombers, maimed by acid attacks and poisoned simply because of their educational pursuits. While these extreme measures do happen under Taliban rule, overall, the education of girls is slowly improving.

The region awoke to the barbaric rule of the Taliban 11 years ago. Its regime in Afghanistan was known for its brutal subjugation of women, who were not allowed to work or attend school. Women could not laugh out loud, wear bright colors and their fingernails were ripped out if they indulged in the crime of wearing nail polish. Taliban police routinely beat women who went out alone or who were not dressed properly. Imagine a country where there is no Internet, no outside sources of information, and where even flying a kite is illegal. It was a dark era indeed.

While Taliban violence has largely been pushed back since in the major cities, there are still rural areas along the Afghan border where militants have intensified their efforts to silence critics and impose their will. However, Malala’s shooting has rallied the nation to go after extremists.

By now, the world has been moved by the video of Malala and her father shared their simple dream to live at peace and pursue education for girls in their mountain home.

Draped in vibrant colors, illegal under the Taliban, she spoke with the innocence of a young girl and the clarity and purpose of someone far more mature. And this image has quickly become an international icon for the empowerment of women.

In honor of International Day of the Girl, celebrated this month, many stand in hope that every girl will live free from oppression, inequality and abuse. But this is not only a human rights issue—it is the heart of Jesus, the Jewish carpenter who elevated the situation of women in the Mediterranean and Greco-Roman world long ago. As Dietrich Bonhoeffer wrote, “Jesus gave women human dignity … Prior to Jesus, women were regarded as inferior beings, religiously speaking.”

But their inferiority was not only in relation to religion. During Jesus’ lifetime, women were not commonly educated and often remained indoors. When a girl was born, she was often left to die. Yet the longest conversation recorded between Jesus and another person is in John 4 when he asked the Samaritan woman at the well for a drink to the surprise of his disciples.

Jesus engaged in a deeply theological and personal conversation with her, taking seriously her thoughts and questions. As John Ortberg observed in his book Who is this Man?, “Is it any wonder she could not stop talking about this man? Jesus was doing something very subversive. He was treating a woman like someone who had her own identity.” He freely offered salvation to male and female, Jew and Samaritan, with the same potency, slaking her thirst forever. This man was worth rushing into the city to tell everyone about.

Again, Jesus treats women against the grain of the culture in the story of Mary and Martha. Often people teach this story as a lesson about avoiding busy-ness, but no one in the first century would have seen it that way. To sit at someone’s feet, as Mary does in this story, meant to be someone’s disciple. Martha did what the culture valued in women—cooking and cleaning. Yet Mary did what the culture valued in men—she became a disciple. And Jesus honored her choice.

As the early Church took root and spread, there was a marked difference in the treatment of girls: They were no longer routinely left to die or exploited sexually. They were no longer the property of the head of household, or paterfamilias under Roman law, who could decide if they would live or die. Their identity and worth began to return to God—in whose image they had been divinely created.

The violence committed against Malala—and many other young women around the world like her—is a reminder of how much work is yet to be done. Jesus elevated the status of women in His time on earth—esteeming them as equals, and empowering them to be educated and discipled. Yet the global sisterhood is still limited and afflicted today in their pursuit of knowledge and a bright future.

As Ortberg writes, “Perhaps our world needs to meet Jesus once more at the well.”

Myra Watkins is a freelance writer and has served as a missionary with Every Nation in Ukraine for many years. 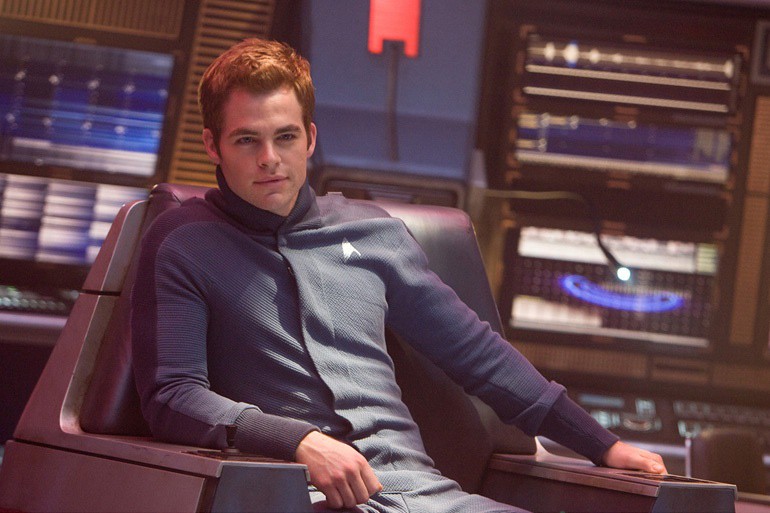 To Boldly “Like” What Not Enough People Have “Liked” Before

Homeless for the Holidays